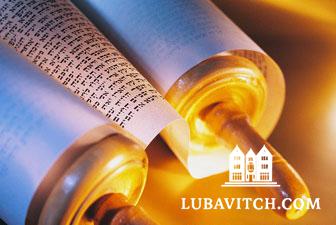 Nearly three months after a precious Torah scroll stolen was stolen from the Chabad Yeshiva High School of Twin Cities, it raised $35,000 of the $50,000 needed for a new Torah.
Benjamin Cohen, a S. Paul businessman donated $25,000 to the fund in memory of his father.
But the outpouring of generosity transcended religious boundaries with contributions from non-Jews as well.
Brad Brandon is the Pastor at Berea Baptist Church in Hastings, where he started a Torah collection of his own to help the school replace the Torah.
"I thought it was a tragedy that someone would break in and steal that," Brandon said.
Rabbi Moshe Weiss, director of development at the Chabad Yeshiva says the negative experience has been transformed into a heartwarming one.
“It was beautiful, really, just to have support from people who are not Jewish. And it was a good sign of the unity that we all share.”
After hearing of the theft, Pastor Brandon approached Yeshiva officials offering to get involved. Within two weeks, $1,000.00 was collected in a Culligan bottle set up in the rear of the Hastings house of worship.
The Torah scroll was stolen when the Yeshiva was closed for the High Holidays, on September 30.