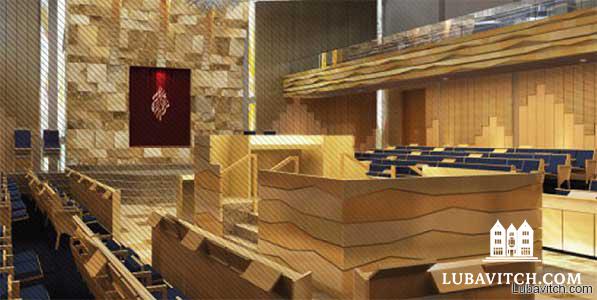 The sanctuary at the Central Shule Chabad of South Caulfield. Below: Ian Harris.

Today, on Australia National Day, Ian Harris was one of 84 individuals to be awarded the Medal of the Order of Australia for “service worthy of particular recognition.”

In 1998 Harris met with Rabbi Yitzchak Riesenberg to discuss the idea of creating a synagogue for the South African expat Jewish community in a suburb of Melbourne. At first Harris, himself a South African, hosted the prayer services in his home. Soon they found a better location which they quickly outgrew. “We were wandering from area to area, from premises to premises, until I found a home the old Caulfield library,” Harris recalls.

As the congregation grew, Harris and Reisenberg realized that they’d have to build their own home, now the Central Shule Chabad of South Caulfield. Harris was recognized, the official announcement statement from the awards committee stated, “for his involvement in the development and construction of the Synagogue and Community Centre.”

Rabbi Reisenberg says that the award recognizes “Ian’s vision and unwavering commitment in the founding of Central Shule Chabad, leaving a legacy which will stand the test of time for future generations,” Riesenberg says. “This award which he so rightfully and richly deserves and is a testament to his tireless efforts and determination is seeing his dream become a reality.”

For Harris, it is all about the future. “It is about the children, keeping our children within the Jewish community,” he says, of the synagogue’s emphasis.

In a conversation with lubavitch.com, Harris shared the credit generously.

“It is very humbling, however, it is not a one man award. The community got behind me and helped me reach this goal.”