Wesleyan’s students have a new center for Jewish life 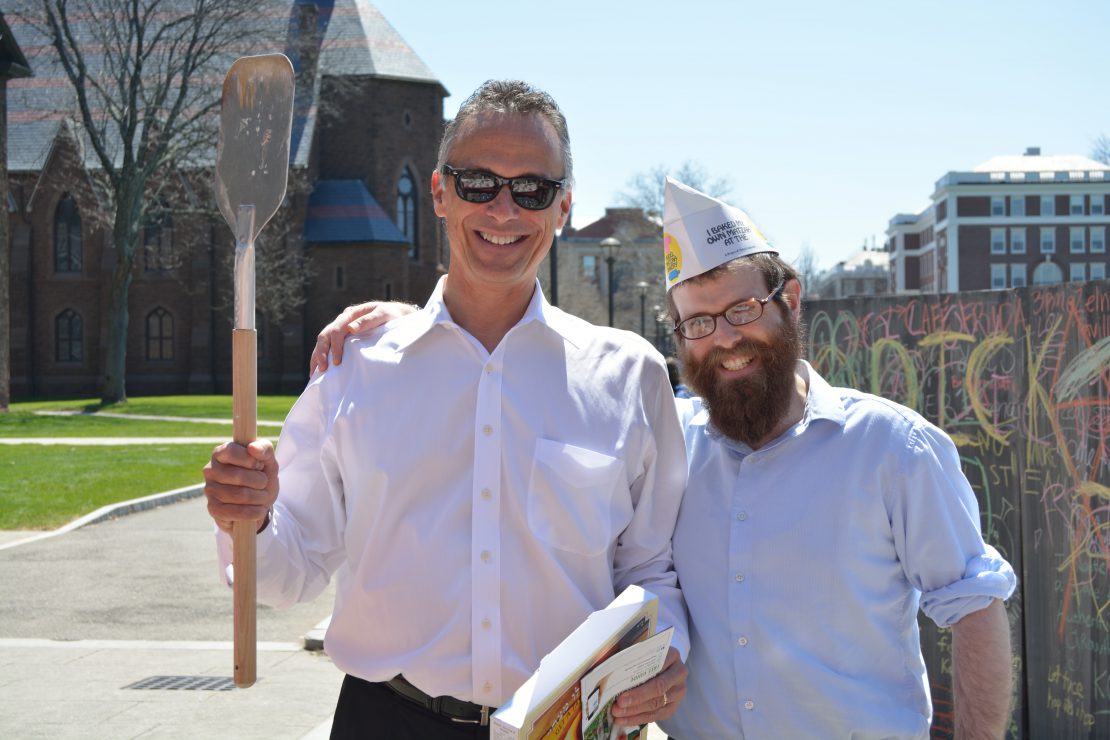 In 2014, the Connecticut Jewish Ledger listed Rabbi Levi and Chanie Schectman on their annual “Movers and Shakers” list. For those who knew them, this didn’t come as a surprise; since the couple had opened Chabad at Wesleyan in 2011, they had had an increasing impact on Jewish students at Wesleyan University, hosting a variety of programs for the university’s 600 Jewish students from their modest home.

Fast forward a few years and Chabad at Wesleyan was bursting at the seams. It was time, they decided, to make the next step: moving to a new building so that they could better serve the university’s Jewish demographic.

In December of 2016, the Schectmans found the perfect space right on campus and made the purchase with the help of the New York-based George Rohr Foundation. After completing the zoning process, the Schectmans have launched a $500,000 fundraising campaign to renovate the center, with construction slated to begin this summer.

“Chabad provides a model that most Wesleyan students have not encountered before,” notes Richard Grossman, an economics professor at Wesleyan University. The new building, he says, “will make it easier to draw in new students—who might not come initially if it is out of their way—and encourage interested students to return and bring their friends.”

Miri Zenilman, a freshman and member of the Chabad student board, feels a close connection with Chabad. “The Rabbi and Chanie have really provided a home away from home for students. They want everyone to be comfortable with their Judaism and to thrive at school.”

The new location will allow Chabad to expand and improve their programming—one example, says freshman and Chabad board member Andrew Schwartz, is that “Friday night dinners will be much larger and will be able to include more students”—as many as sixty per meal. Other ideas on the drawing board include a new kosher culinary club and a lunch-’n-learn program.

“With the new center, all our programs will be under one roof. It will be a hub for Jewish life on campus,” says Rabbi Schectman.

To learn more about Chabad at Wesleyan University, visit www.chabadwesleyan.org.