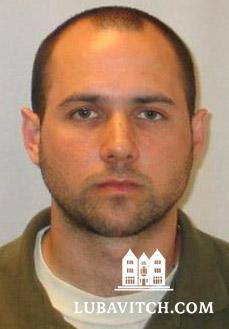 UPDATE 11:42 p.m. EST: According police in Meriden, Connecticut, the suspect in the shooting, Stephen Morgan, was arrested Thursday night, and is in police custody.

(lubavitch.com) Following the shooting Wednesday of a student at Wesleyan University, Chabad's Rabbi Yosef Wolvovsky has been inundated with calls and emails from students.

“The campus is basically in lockdown, and students on campus must wait this out in their rooms,” says the Chabad rabbi. “Some of them are quite worried and frantic and need to hear a familiar voice that is aware of what is going on.”

Wolvovsky is encouraging them to follow all the safety instructions and security advisories.

Police have launched a nationwide manhunt for 29-year-old Stephen Morgan who shot  21-year-old Johanna Justin-Jinich, a junior from Timnath, Colo., at her job at a cafe inside Broad Street Books, a popular bookstore.

Middletown Police Chief Lynn Baldoni said investigators uncovered evidence of anti-semitic sentiments in the shooter's personal journals, suggesting that he may be focused on the Wesleyan community campus and the Jewish community in particular.

Rabbi Wolvovsky, Chabad representative to Glastonbury who also serves Middletown’s Jewish community, told lubavitch.com that he's also in contact with representatives of the ADL and Jewish Federation to “ensure that local Jewish organizations are apprised of developments in the case, and that security measures are adequate.”

Campus officials have also been in touch with Rabbi Wolvovsky asking for his help in keeping students safe.

“Students are asked to remain on high alert and to be extra-vigilant,” said Rabbi Wolvovsky. He’s made counseling available to students who are under stress as a result of the shooting.

Students who were not on campus when the shooting happened, and all non-essential staff are asked to stay off the campus grounds until it is deemed safe to return.

“We’re here for them in any way they need—be it lodging or food,” says Rabbi Wolvovsky, “to help them adhere to the precautions by campus officials.” Students are welcome to contact him at 860-659-2422, and by email at: rabbi@chabader.com.

Wesleyan is a private university with about 2400 students. Approximately one third is Jewish.

Related Articles
View All
With Gunman in Custody, Wesleyan Students Begin to Grieve
(lubavitch.com) After a tense 24 hours during which the Wesleyan University campus was under lockdown, students and faculty are venturing back onto campus grounds, relieved…
Get Inspiration to your inbox!
Newsletter
Join our weekly newsletter for inspiration and updates
Donate
Find Your Local Chabad Center
Chabad
About Chabad-Lubavitch
About Chabad Lubavitch
The Rebbe
Headquarters
Magazine
Magazine
News
News & Updates
In The Media
Impact
Social and Humanitarian
Social and Humanitarian
Education
Education
Community
Community