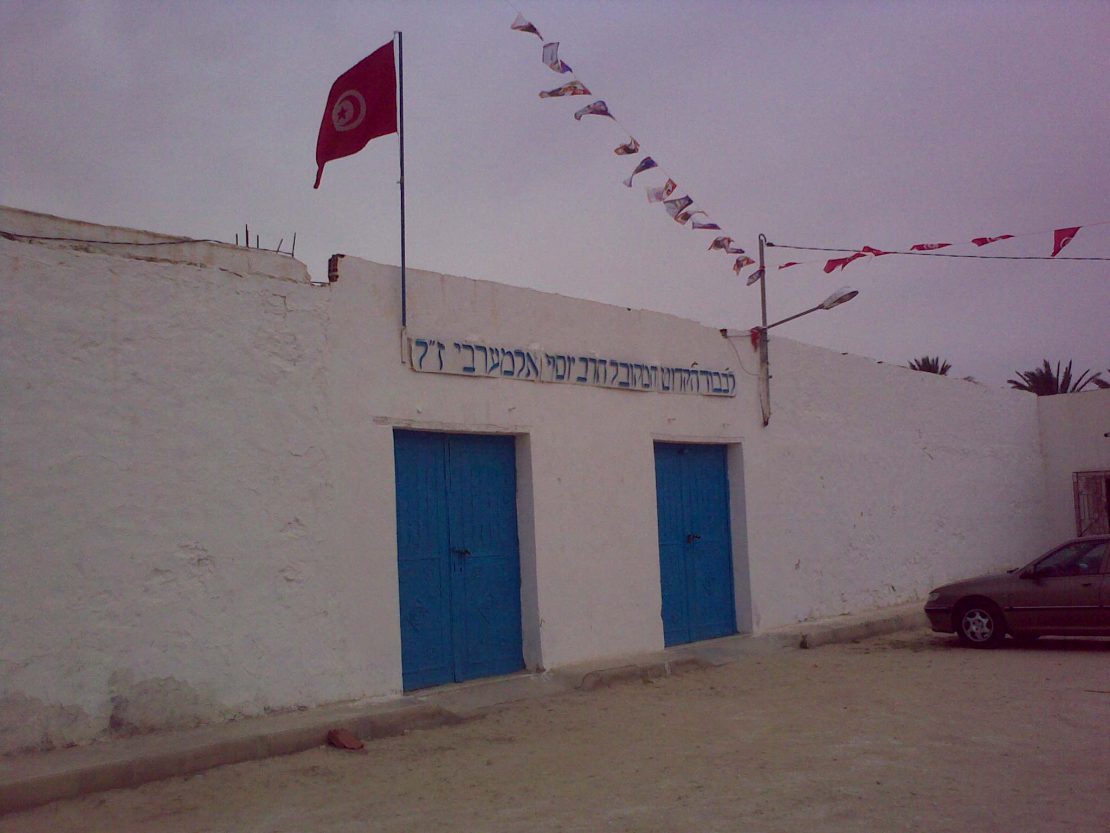 A synagogue in the village of El Hamma, in the southern Gabes region of Tunisia was set on fire Monday night, its Torah scrolls reportedly burnt.

Though the village—once home to a sizeable Jewish community—no longer has any Jewish residents, the incident is disturbing to Tunis’s Jewish community, Rabbi Shmuel Pinson, Chabad representative to the country, told Lubavitch.com.

According to Pinson who recently visited the village, it appears to be an isolated incident. “The transitional government has taken every step to ensure the safety of the Jewish community,” he said.

Pinson said that the relative isolation of the synagogue in the village made it an easy target for vandals.The synagogue is located next to the burial site of Rabbi Yosef Maaravi, a 16th century Kabbalist, and is used only during yearly pilgrimages to the city.

Though curfews and relative unrest continue to disrupt normal life, the Chabad-run Jewish schools in the capital city and on the island of Djerba have reopened under guard by the local police.

After an unemployed student, Mohamed Bouazizi, immolated himself in protest of the government’s confiscation of his fruit cart on December 17, riots and protest have rocked the country. On January 14, then-president Zine El Abidine Ben Ali declared a state of emergency, dissolving the government, and then subsequently fled to Saudi Arabia. Since then Tunisia has been ruled by an interim government.

There are some 2000 Jews in Tunisia, mostly situated in Tunis and the island of Djerba. Chabad-Lubavitch has maintained an active presence in the country since 1959.