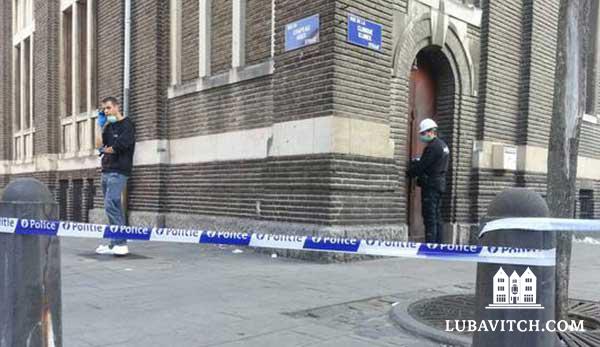 A fire that broke out in a Brussels synagogue Tuesday morning was the work of arsonists, say investigators.  Three people at the Machzikei Hadath Synagogue were treated on site for smoke inhalation.

The event comes after the recent harassment of visitors to the National Memorial Site for Jewish Victims, but Rabbi Menahem Hadad, director of Chabad Center for Students in the city, insists that “There is no sign that this was an act of terrorism.” Hadad served as rabbi in this synagogue several years ago.

The synagogue, which is situated in a neighborhood populated by Muslims, currently has no official rabbi or regular prayer services, though it serves as a strong symbol of Jewish life in the country. Actual damage to the synagogue is minimal.

“The Jews in the community are cautiously waiting for the reports and moving forward as usual with their daily lives,” Hadad told lubavitch.com.