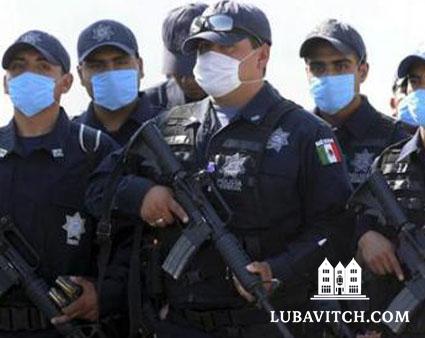 (lubavitch.com) A deadly strain of the Swine Flu, originating in Mexico and erupting in the United States, Canada, and the United Kingdom, has caused death, illness, and travel restrictions across the globe. Though public events and schools have closed throughout the country, two Mexican Chabad centers remain open, and alert.

“We had a nice crowd on Shabbos,” says Rabbi Mendel Druk, who regularly hosts 70 people for Shabbat meals at his Cancun home. “Nobody cancelled, but people were definitely talking about the news amongst themselves.”

As the number of fatalities rose in Mexico City over the weekend, the government cracked down throughout the country. “The government wants people to interact less with each other, so we are now taking a lot of precautions,” Druk explains. “But so far, we have not cancelled any of our classes and our home is still open to backpackers.”

During his two years here, Druk has had to deal with hurricanes and other disasters, so being cautious is nothing new. His worry now, though, has to do most with the Israeli backpackers who vacation on Cancun’s beaches.

“We had some backpackers over Shabbos who had just come from Mexico City. My primary concern is for them, because they don’t necessarily follow the news and they go anywhere and everywhere.” Swine Flu is transmitted from person to person: symptoms can surface up to four days following exposure.

“There is no medication for this virus available anywhere in Cancun,” says Druk. “So if G-d forbid the situation becomes more serious, we will import medication from Mexico City or the United States for community members and backpackers.”

Rabbi Benzion Hershcovich, meanwhile, says that aside from employees in large firms donning masks, nothing is amiss in Cabo on the Baja Peninsula. “There is no panic here and I think it is pretty safe.” Hershcovich moved here only six weeks ago. Programming in Cabo will continue, for now, as planned.

Though tourists are starting to cancel their vacation plans, tourist amenities remain available at the Chabad center in Cancun. A big trip is planned Wednesday to Merida, 180 miles away, where Druk will host classes and a children’s program. A Lag B’Omer jungle adventure and bonfire is in the works as well.

“For now,” says an optimistic Druk, “we will keep our ears open.” And their doors as well.