Chabad devises an alternative Hebrew School for children at home 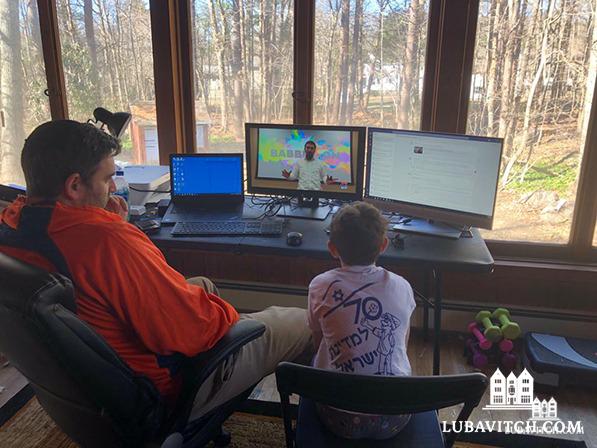 With school closed in cities and countries around the world, thousands of Jewish children have logged in to the Virtual Hebrew School, a project of Merkos’s Chabad Kids Network-CKids.

The Virtual Hebrew School was produced—from conception to launch—in just about twenty-four hours. As the week ended with school closures everywhere, the WhatsApp and Facebook groups that Chabad Hebrew School directors use to network, began blowing up. Everyone was scrambling for ideas on how to supplement the kids’ Jewish education while their Hebrew Schools were closed.

“Torah learning never ends,” said CKids director, Rabbi Zalmy Lowenthal. “Being this close to the Passover holiday, we had to find a way for the children to continue learning despite the disruption.”

Friday morning, a group of directors and the CKids board had a conference call and began to form a plan. Within hours, an online Hebrew School program—complete with interactive activities, musical prayer, games, and a review quiz—was prepared. The objective would be to teach the Passover story in two streams: one geared for Kindergarten to second-graders and the other for third- to sixth-graders. CKids prepared the video, Facebook Live feed and social media notifications so each Hebrew School director could share the program with their student body.

The CKids team worked all of Friday until minutes before Shabbat began and overnight Saturday once Shabbat ended. The team created a curriculum and scripted, filmed, edited, and uploaded video lessons to a new Virtual Hebrew School page on the CKids website. Mrs. Gillie Shanowitz, a CKids board member and director of New York Hebrew in New York City, said, “There was this urgency that thousands of kids will wake up Sunday with no Hebrew School to go to and what are we doing about it? For many kids, this is their only Jewish education, so it was up to CKids to step up and give our directors the tools to continue their crucial work.” .

Fern Richardson of Facebook page ‘World’s Okayest Jewish Mom’ is a Mom of two living in the Philadelphia suburbs. Her son attends a public school, but, Fern told Lubavitch.com that her children’s Jewish education is “very important” to her. Every Sunday, the seven-year-old attends Chabad Hebrew School while his two-year-old sister is enrolled in the local Chabad preschool. Fern had been furiously downloading Passover activities, as well as material to teach her kids the weekly Torah portion when the Chabad Hebrew School director posted that there would be a virtual program.

“I have high expectations of Chabad because everything they offer is always so well done, and the program was right there with what I expected,” Fern said. Initially, she didn’t think that an online class would prove engaging enough to keep the attention of such a young child. But, as her son sat on his bed with a laptop, she reported that the boy was calling out the answers to questions, singing along and keeping a close tally on the points he earned for correct responses. “The teachers did a great job of talking directly to the kids and when we did the quiz together I saw he’d absorbed the material,” she said. He scored between 90 and 100 points and was delighted.

“I’m very impressed with how quickly they pulled this off,” said Fern.

Posts on social media and feedback shared on CKids networking forums show that Fern is not alone in her praise. Rob Seesengood is an Associate Dean and Professor of Religious Studies at Albright College. His son, Simon, attends Chabad Hebrew School in Reading, Pennsylvania and participated in Sunday’s program. “As a Dean and Professor trying to manage a similar transition in higher ed, Chabad has just freaking blown the pedagogical doors off two-thirds of college and university programs in the U.S.,” he wrote on Facebook.

Lowenthal, Shanowitz, and the board are working on extended programs for the next few weeks, at least until Passover. They appointed Rabbi Dovid Weinbaum, youth director at the Dix Hills Jewish Chai Center in New York as principal of the Virtual Hebrew School.

Analytics show there have been close to 20,000 Virtual Hebrew School views so far. Many families have more than one child per computer so Rabbi Lowenthal estimates more than 40,000 children joined Sunday’s program. Many more children, whose Hebrew School programs are held midweek, are expected to tune in at their appointed times. With the program being online and freely available, even children not enrolled in Chabad Hebrew Schools have participated and filled out the review quiz.

“The massive response and interest re-emphasize for us what a vital role Hebrew School plays in the lives of so many Jewish families, though so many underestimate its value,” said Gillie. “It means a lot that, in a time of chaos, we are able to ensure that tens of thousands of children will be prepared to celebrate Passover with their families.” 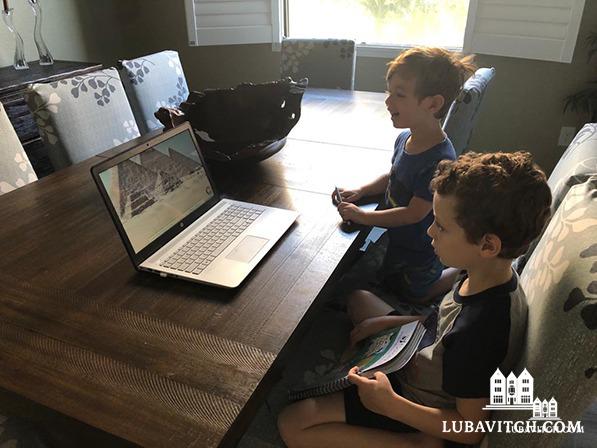 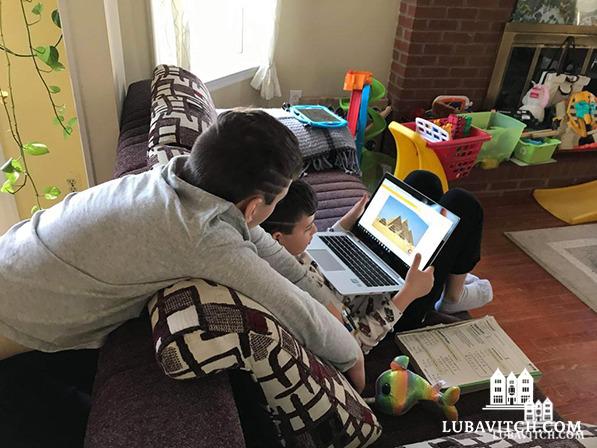 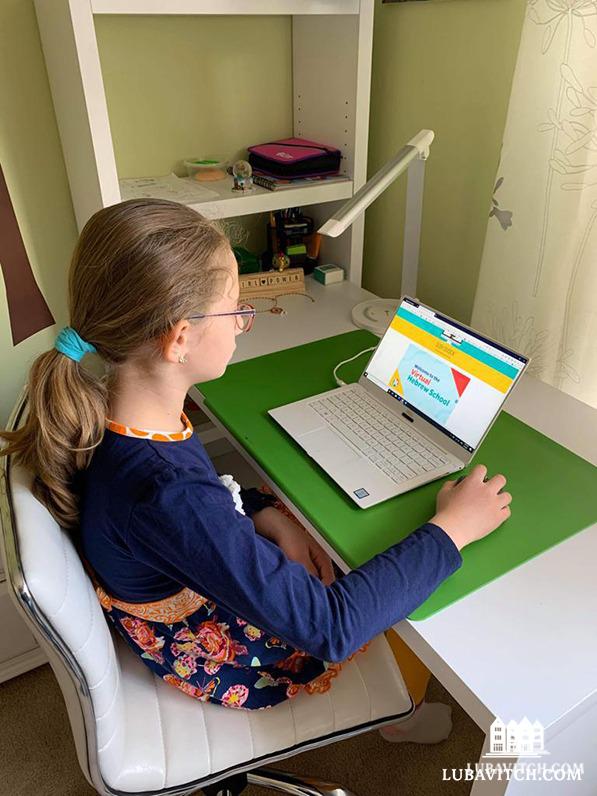