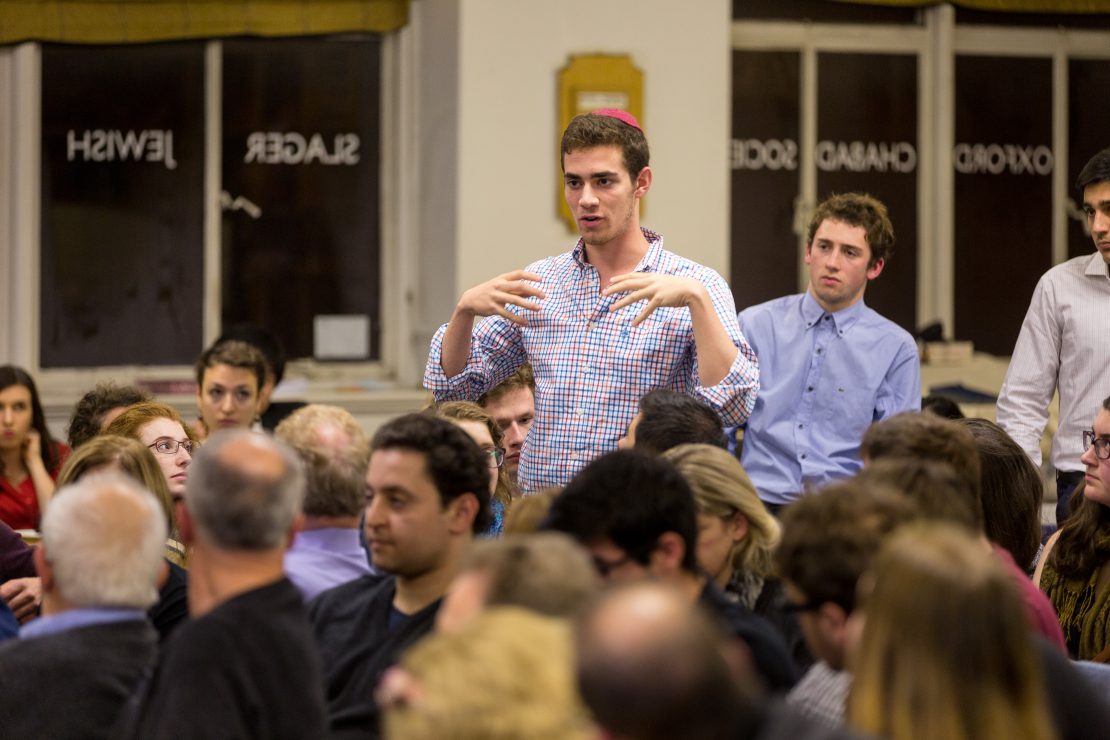 Dershowitz was warmly welcomed at Oxford’s Chabad Society by Rabbi Eli Brackman, director of Chabad of Oxford, and was quizzed about his early life by student President of the Oxford Chabad Society Samuel Bodansky, of St Peter’s College and Deputy President Fien Barnett-Neefs, of St Catherine’s College.

Following the debate, Dershowitz met with students at the Oxford Chabad Society at the Slager Student Centre, where he recounted his Brooklyn Yeshiva upbringing and the inspiration he took from that to fight for civil liberties, human rights and the defense of Israel. He also discussed the important role of Chabad in his life and on campus, insisting that the best friend Israel has today on campus is Chabad.

Rabbi Eli Brackman, director of Chabad of Oxford, told lubavitch.com that “the evening with Professor Alan Dershowitz will inspire Jewish students to be proud of their Jewish identity and stand up to the challenges facing Jewish students on campus.”