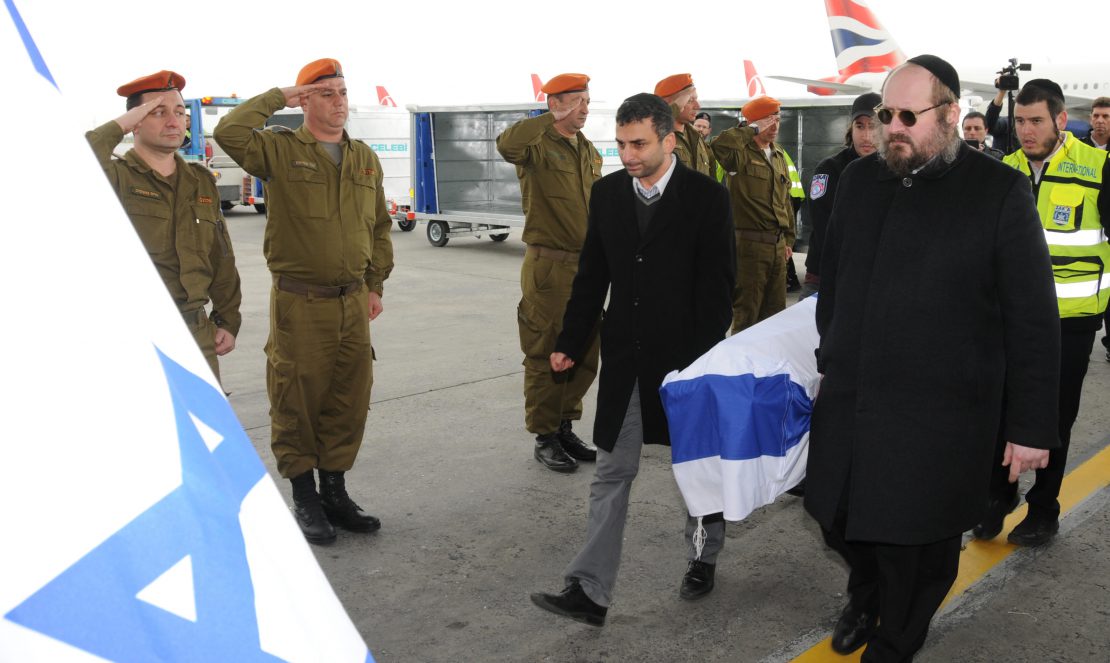 Istanbul’s Governor Vasip Şahin and Rabbi Chitrik accompany bodies on the way to the plane. Photo Credit: EPA/STR
Photo Credit: epa05222313 Coffins of Israeli victims who were killed in the Taksim explosion are prepared for transfer to Israel at Ataturk Airport, in Istanbul, Turkey, 20 March 2016. According to media reports, two people have died and seven injured in the suicide bomb in Istiklal Street, a main high street in the centre of Istanbul, just off Taksim Square. EPA/STR

More than 24 hours after a terrorist detonated his bomb on one of Istanbul’s busy thoroughfares, it is not clear whether Jews were the intended target.

But with the victims almost all Jews from Israel on a tour of Turkey, it is a question of some concern, especially to Turkey’s thriving Jewish community of about 15,000. Three Israelis were killed, and at least five seriously injured.

“The Jewish community worked with compassion and dignity, arranging for the immediate return of the bodies to Israel in accordance with Jewish law, and accompanying relatives of the injured who flew in from abroad to be with their loved ones in local hospitals,” Rabbi Mendy Chitrik told lubavitch.com the day after the attack.

Moved by the community’s response, he said: “I feel fortunate to be part of this community. From the moment we heard the news, until the plane took off to Israel, the community worked round the clock to help family members of the victims in every way.”

The Jewish community, he said, is a lively, thriving one, with shuls and schools, and will continue with its traditional activities as its members support one another.

“Istanbul’s Governor Vasip Şahin accompanied bodies on the way to the plane. He also visited the sick in the hospital,” said Chitrik.