A Wink From Above 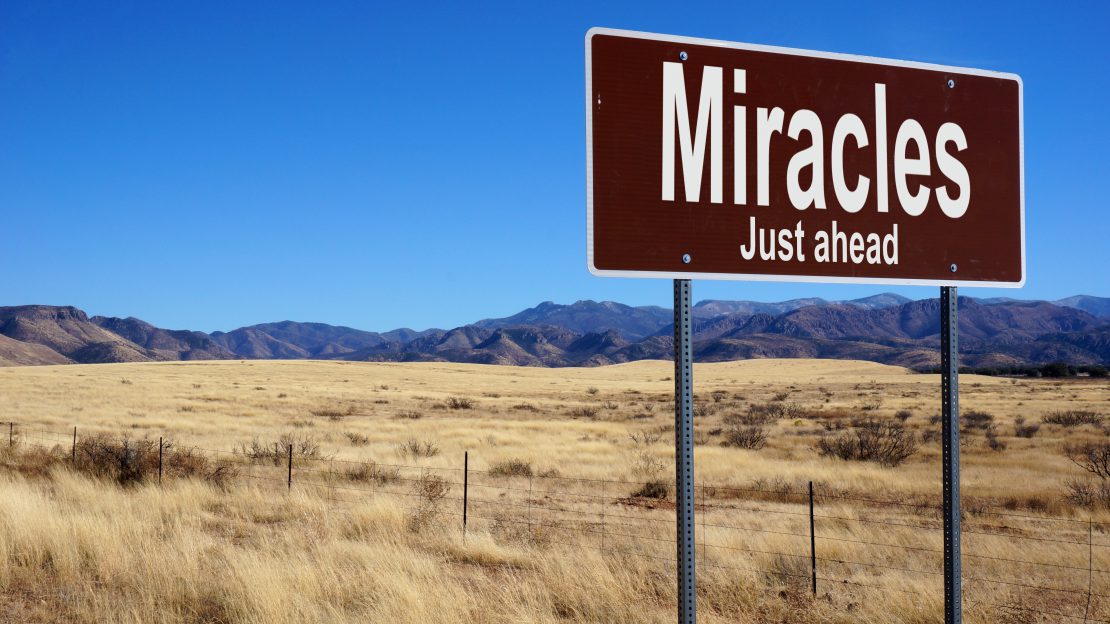 It’s happened to all of us. In this column, we asked readers to tell us about that uncanny experience that reminded them that sometimes, miracles happen . . . to us, here, now.

A week before our wedding, my bride and I ran out of money. I couldn’t even pay the jeweler for her wedding ring. Neither of us had jobs lined up, and we didn’t know how we’d cover our basic living expenses. But we had faith.

Five days before the wedding, I got a phone call from my grandmother. “I was cleaning out my desk, and I happened to look at my mother’s will,” she told me. Her mother had left $36,000 to be given to each of her great-grandchildren when they turn thirty or when they get married.

Several years ago, during Chanukah, my son was preparing a pot of oil to make himself some potato latkes. The oil overheated and burst into fire. He grabbed the pot and attempted to throw it out his back door.

Unfortunately, the wind had other ideas and the hot oil blew back, covering him with burning oil from his cheek to his toes, down his face, chest, arm, both legs, and feet. In spite of everything that was going on, he managed to stop, drop and roll, remove his burning shorts, and call 911.

He passed out when the first responder arrived and was taken to the burn center in our city.

We were not in town and heard the news only after we turned on our phone after Shabbat.

After seven weeks in the hospital and three surgeries, my son returned home with only scars on one arm and hand.

That day, I knew that my prayers had been answered.

Having had kidney cancer and a major operation to remove my right kidney, I danced in the doctor’s office when he told me NO radiation and NO chemo were necessary. Prayer works, and G-d is good.

On the eve of Sukkot, my prayer book went missing. It was given to me by my late mother in 1969, and it was very dear to me.

I recalled that some time back, I had sent some old prayer books to the shul for burial, as is the custom with damaged, old holy books. Perhaps in error, I sent mine along with the others. But the books, I soon learned, had already been delivered to the cemetery together with all the damaged books from the shuls in Cape Town.

After Simchat Torah, I went to the cemetery. There were about eight to ten thousand books waiting to be buried. To kind caretaker was actually prepared to help me search.

Where to begin in this roomful of heaps, boxes, and garbage bags filled with books? I picked up the first bag and opened it. There was a letterhead staring at me from my Shul, The Claremont Wynberg Synagogue.

I put my hand into the bag. The first book I pulled out was my mother’s prayer book.

In the fall of 1978 I decided to center my life around Torah principles. That autumn, there was hail, which stimulated buds that were still on lilac bushes, and the lilacs were blooming in October . . . in Colorado.

I was born healthy. I had a wonderful upbringing and education. G-d provided all things good for my family and me. I got up this morning, and my body parts are functioning.