A Train Crash, A Missing Spouse, A Day in the Life of Two Chabad Rabbis

The magic of the Chabad's network 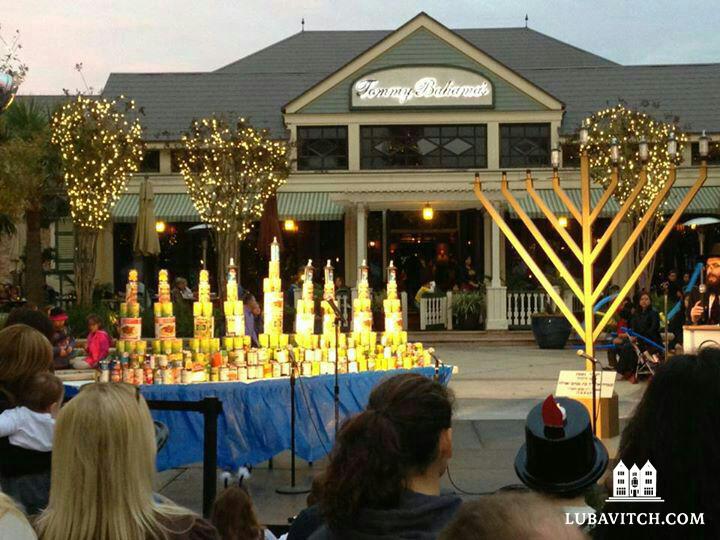 At the Market Street menorah lighting in The Woodlands, near Houston, Texas.

Sunday morning, 11:00, Rabbi Levi Shemtov of Riverdale, NY was at the funeral of Rabbi Dr. Jack Sable, founding rabbi of The Riverdale Jewish Center, when his smartphone vibrated urgently.

It was Houston calling.

Rabbi Mendel Blecher, of Chabad of The Woodlands needed his colleague’s help. A woman from the Houston area was injured in the Metro-North train crash in the Bronx, a mile and a half from Chabad of Riverdale. Her husband was frantically trying to get in touch with her. Could he help locate her?

Sunday was a particularly packed day on Shemtov’s calendar. The funeral, a bar mitzvah, and preparations for the grand menorah lighting event later that evening at the Bell Tower Monument in the Bronx would consume most of his day.

Then he got this text about the woman in the train crash. And then a phone call from a community member whose mom had just died at Columbia Presbyterian Hospital. Would the rabbi please go there to do whatever rabbis do to ensure that the body is properly handled?

Shemtov prayed silently for a Chanukah miracle that would allow him to be there for both.

A flurry of text messages and phone calls between the two Chabad rabbis ensued as they each did their own research to find the hospital that the woman from Houston was taken to.

At home in Houston, Chase Patton was in distress. He got a call from his wife Sherrill at 6:29 central time Sunday morning. The Metro-North train she and her two friends were riding had crashed in the Bronx. Banged-up and bruised, she was alive. Then the phone line went dead.

Chase, a postal worker, tried calling back but there was no answer. An hour later, she called again saying that she and her friends were being taken to separate hospitals. She hung up abruptly.

Two hours later with no word from Sherrill and no way of reaching her, Chase began to stress. “That’s when news reports started to come in about the dying victims,” said Chase in a phone interview with lubavitch.com. For Chase, “it was pure panic.”

Four people were killed in that accident. Traveling with friends to New York for a 30th year high-school reunion, Sherrill was among 60 injured passengers.

“I knew that she always underestimates her injuries,” Chase said in a phone interview with lubavitch.com. “After losing a child [their eldest son passed away 12 years ago] and not knowing what’s going on with my spouse, I felt the fear of losing her.”

Chanukah Sunday would be a busy day for most Chabad rabbis. Rabbi Blecher got an early start preparing for the grand menorah lighting at Market Street in The Woodlands, a township 30 minutes north of Houston, when he got the call from Chase.

Gravitating to the warmth he found with Rabbi Blecher, Chase recently began coming to Chabad. Now he was desperate to find his wife, and amid the panic “the thought of calling Rabbi Blecher popped into my head.”

The rabbis worked their phones. Shemtov narrowed it down to two hospitals: Montefiore or Columbia Presbyterian. Blecher called them both and texted Shemtov with his findings.

Shemtov: I will be there in 15 minutes

Rabbi Shemtov felt a nod from G-d. Both exigencies were at Columbia Presbyterian.

Stopping first at the hospital mortuary, Shemtov made arrangements for shmira, the traditional vigil over the body, and for a Jewish burial. Then he made his way to the emergency room.

He had no idea what Sherrill looked like. With all the patients behind curtains, the best he could do was call out her name. “I walked around calling ‘Sherrill’ until someone answered my call.”

The face of a bruised, but very much alive Sherrill Patton lit up when she saw the rabbi. “Oh,” she said relieved to see the rabbi. “My Chabad rabbi, Mendel Blecher must have sent you.”

She had no cell phone service, so she could not call her husband, she told Rabbi Shemtov.

Shemtov tried a hospital landline but that didn’t work. Now his phone had no reception either. He suggested that Sherrill come out with him to the lobby, where perhaps he’ll get a signal so that her husband can hear her voice. The two walked together until the rabbi’s phone bars lit up.

“Your wife is fine. I am here with her.”

Shemtov handed the phone to Sherrill.

It took a few minutes for Chase to regain his composure, before husband and wife could speak.

Before the day was over, Rabbi Shemtov would be greeting hundreds at the Bronx’s tallest menorah at the Bell Tower Monument lighting. It was five lights that night, an especially auspicious night for miracles.

In Houston, Chase Patton was in his own celebratory mood. When he and his two children joined Rabbi Blecher and 300 others at the Market Street lighting, local Channel 2 news pulled Chase aside for an interview. He spoke about his ordeal and his own Chanukah miracle.