A Testament to the Rebbe’s Exhaustive and Far-Reaching Scholarship 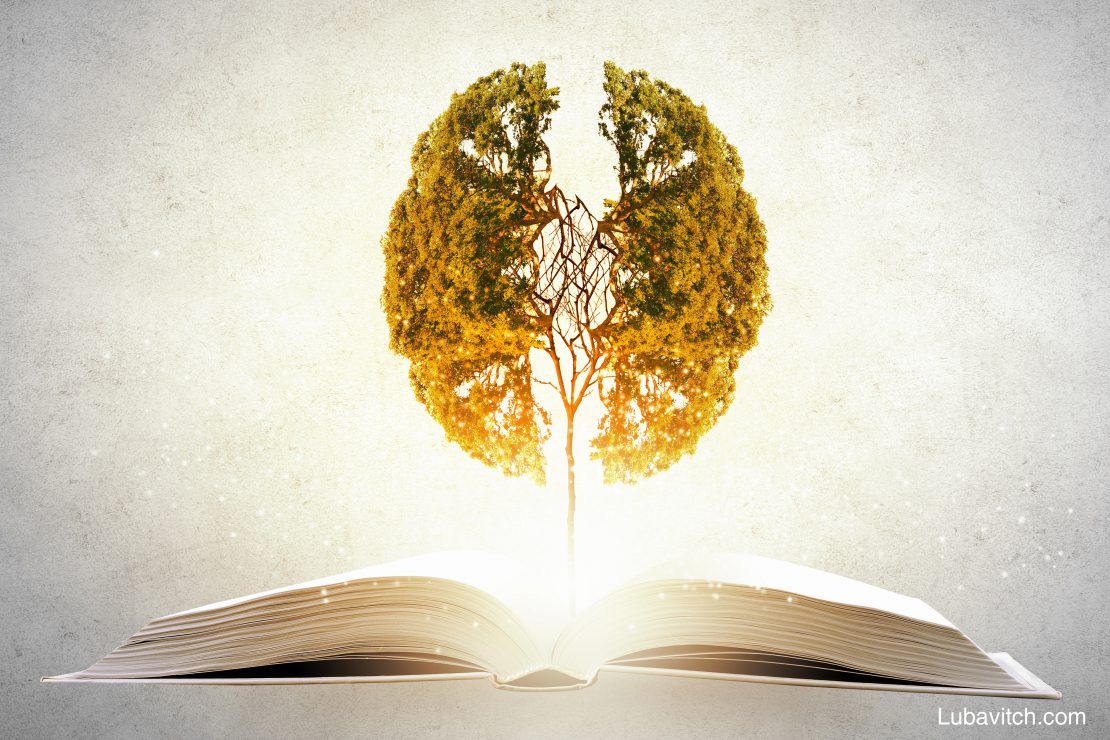 Of Tears and Laughter. Conclusion of Tractates Makkot and Yoma

There are different approaches to translation, each of which presents different challenges. The simplest of these involves literally translating individual words. When pointing and gesturing fail, we can usually look to resources like Google Translate and bilingual dictionaries for help with this sort of translation.

Compared to literal translation, literary translation is a more advanced approach, which takes the poetry of prose and verse into consideration. What matters here is more than just meaning: literary translation concerns itself with sound, meter, wordplay, and aesthetics. And those concerns often constrain the translator’s options so that it takes real ingenuity to preserve the nature of the original. The literary translator needs to look out for nuance and listen for the music inherent in a well-crafted sentence.

To move beyond literary translation is to work with language that is not there to draw attention to itself, but rather to elucidate, to persuade, to move, to inspire. What matters here is not the exact words, but the text’s broader message. Think of how marketing campaigns are translated. As commercials and billboards travel across countries and culture, agencies employ wildly different tactics to achieve the same end. Performing this kind of translation effectively requires a deep understanding of both the text’s purpose and its intended audience.

Rabbi Eli Block is a master of this third kind of translation. In An Inner Perspective, he takes on the monumental challenge of bringing the writing of the Rebbe’s father, Rabbi Levi Yitzchak Schneerson, to an English-speaking audience.

At first, translating Rabbi Levi Yitzchak’s writing seems daunting because his work deals with such fine distinctions and arcane ideas. He believes that no aspect of the Torah is incidental. He elucidates textual nuances in the Chumash by exploring slight variations in spelling, phrasing, or punctuation; he clarifies statements from the Zohar that most Torah scholars consider incomprehensible; he investigates the significance of details in Talmudic discussions that most people would disregard as inconsequential.

But all of those translation challenges pale in comparison to this one: most of Rabbi Levi Yitzchak’s writings were lost or destroyed by Soviet authorities who arrested and imprisoned him for promoting Jewish religious practice. All that survived were the cramped marginal notes he wrote in a collection of Torah books toward the end of his life, while exiled to Almaty, Kazakhstan.

Other translators have tried to tackle challenging texts by supplementing literal translation with copious explanatory footnotes. But while these translations may feel more “faithful” to their original works, their bulkiness obscures the beauty and elegance of the original expositions.

Perhaps because of the paucity of surviving material, Block has taken a bolder approach, fashioning Rabbi Levi Yitzchak’s thoughts into a series of short essays. As a result, the reader is able to appreciate the spiritual inspiration and creative conciliation that are the hallmarks of Rabbi Levi Yitzchak’s writings.

For example, Rabbi Levi Yitzchak often discusses the Masoretic notes about the Torah, which cover subjects like variant spellings, unusually sized letters, and the number of words that appear in a given section. One might wonder why these analytics of the Torah were even compiled in the first place. And yet, Rabbi Levi Yitzchak attributes significance to each observation. 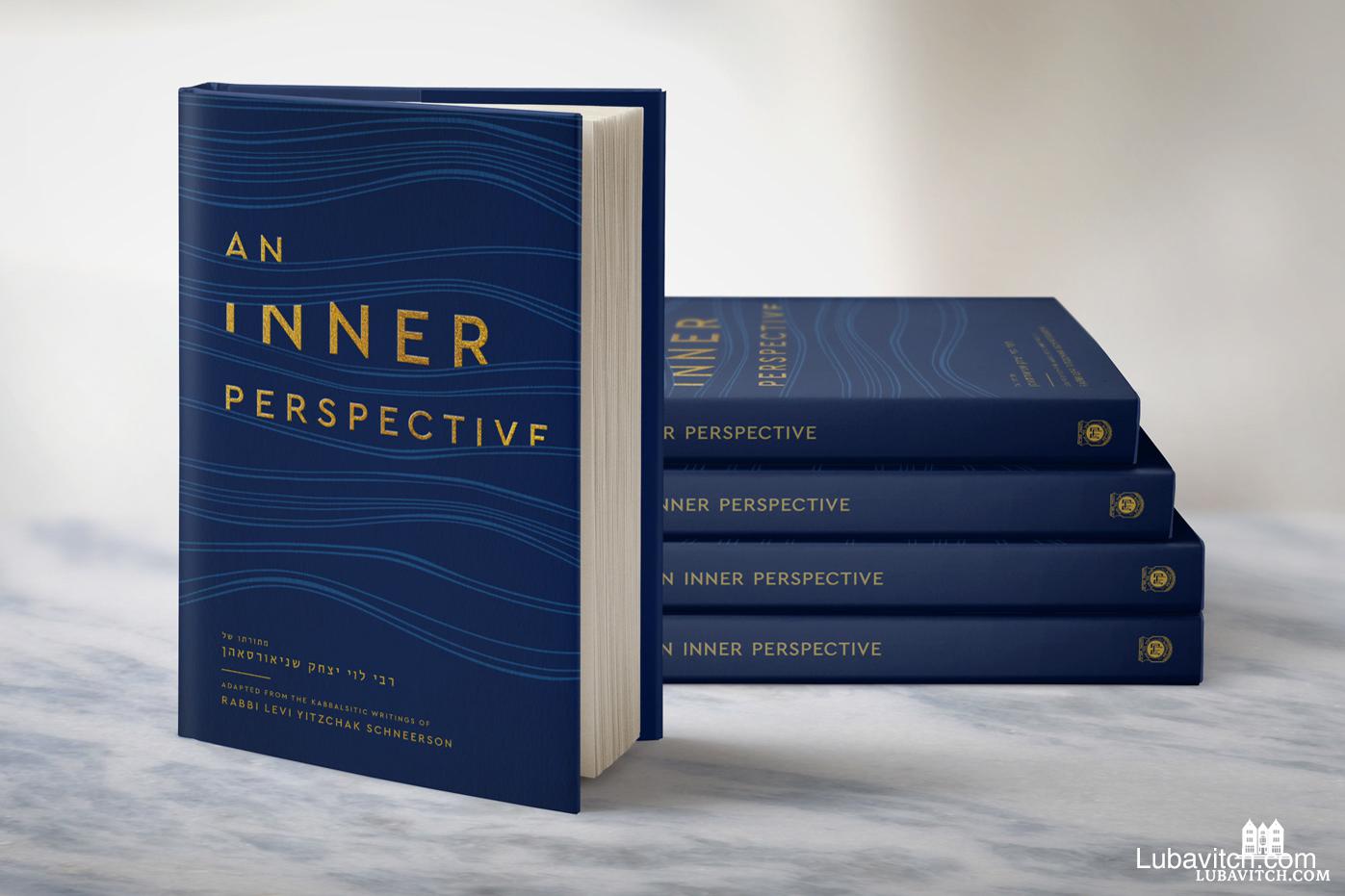 For example, the word matnot—meaning “gifts”—is spelled twice in Tanach in truncated form, without the letter vav: first, in Genesis 25:6, where the verse states, “. . . to the sons of Abraham’s concubines, Abraham gave gifts,” and then in Proverbs 15:27, where the verse says, “He who hates gifts will live.” Rabbi Levi Yitzchak explains that the omission of a vowel in these verses indicates that the gifts in question are somehow deficient. Thus, we can extrapolate that the gifts that Abraham gave to the sons of his concubines in Genesis were the impure forces of sorcery. And the gifts that the book of Proverbs tell us to reject are those that are impure, imperfect, or insincere, as they ultimately bring no blessing to the receiver (p. 9).

In the book’s first essay, Block demonstrates that Rabbi Levi Yitzchak analyzes a number of texts about Abraham and Isaac in terms of their primary spiritual pathways: he suggests that Abraham was a man of chesed—expansive kindness—whereas Isaac’s philosophy revolved around the character trait of gevurah—measured restraint and discipline. He goes on to use that as a framework for interpreting the binding of Isaac in a way that resonates deeply with the modern age: Abraham’s kindness binds and tempers Isaac’s natural severity (p. 30-32).

Later, Block offers a stunning illustration of Rabbi Levi Yitzchak’s analytical approach in an essay regarding the four cups of wine that we drink during the Passover seder (p. 56-66). In the Talmud, three rabbis discuss the harmful spiritual effects of organizing things in pairs and therefore question whether we really should drink two pairs of cups at the Passover seder. The rabbis offer three possible answers: Rabbi Nachman says that on the seder night, G-d’s intense vigilance protects the drinker from harm; Rava explains that the structure of the seder renders the grouping into a set of three with the final cup standing alone so that the four cups do not combine in a negative way; and Ravina says because the cups are drunk over a long period of time (rather than in close succession), each one is considered individually.

To many, this Talmudic discussion will appear technical—perhaps even bizarre. Yet Rabbi Levi Yitzchak reads into this passage and offers deep insight into how to achieve true spiritual freedom. G-d is represented by unity, and pairs represent the challenge that creation poses to G-d’s unity. Why then would the sages institute four cups of wine as a symbol of our freedom?

Rabbi Levi Yitzchak recasts the three opinions of the Talmudic sages as a response to three challenges to the unity of G-d. The first cup represents the unchallenged unity of G-d. The second, third, and fourth cups represent the distancing of self from G-d via thought, feeling, and action.

Rabbi Nachman, a sage whose expertise was in civil law, responds to the challenge of action that distances an individual from G-d. He notes that on the seder night, our appreciation of G-d’s overwhelming presence protects us from this spiritual pitfall.

Rava, a sage who is often identified with Abraham, addresses the challenge of ungodly emotions. On the seder night, the cups combine for good but not for evil: only the primary positive emotion of kindness reigns dominant while other darker emotions are sublimated.

Finally, Ravina, one of the final editors of the Talmud, whose very name suggests the word “binah” (understanding), addresses the intellectual challenge to G-d. Emotions are subjective, easily swayed by surrounding circumstances. But the mind has the power to be objective and to divorce itself from outside influences. The mind can choose to distance itself from G-d but is also free to choose to bond with G-d. Thus, he solves the problem of “pairs” by arguing that each cup should be considered individually.

In this example, we see the hallmarks of Rabbi Levi Yitzchak’s thinking. No detail is incidental; even the names of the sages are keys to unlocking the meaning of an enigmatic Talmudic passage. And the resolution involves a general concept that is fleshed out by the precise details of the text.

In Of Tears and Laughter, Block adapts two of the Lubavitcher Rebbe’s Talmudic exegeses into essays, using the same translation approach which served him so well in his adaptation of Rabbi Levi Yitzchak’s writings. But the Rebbe’s insights have been rendered in English before: We already have a translation of the Likutei Sichot which collects many transcripts of his lectures. So one might be forgiven for thinking that Of Tears and Laughter makes no great contribution—In fact, even dilutes the Rebbe’s work. Indeed, these were my concerns when I first read Of Tears and Laughter.

So I went back to read the the original source material. The text in Likutei Sichot is written in the style of classic Talmudic discourse: questions nested within questions, side points explored and elucidated. It is a testament to the Rebbe’s exhaustive and far-reaching scholarship.

But for most readers, these fascinating meanderings and careful reconciliations of apparently contradictory details will obscure the big insight that brackets the Rebbe’s writing: the “theory of everything”—the profound unity that pervades  all of Torah thought. As the Rebbe sees it, all opposing views in Torah must ultimately be reconcilable because they are outgrowths of a singular point of truth. In order to bring that central argument into focus, Block carefully prunes the Rebbe’s winding tendrils of thought to help the reader see the recurring themes in the Rebbe’s writings. 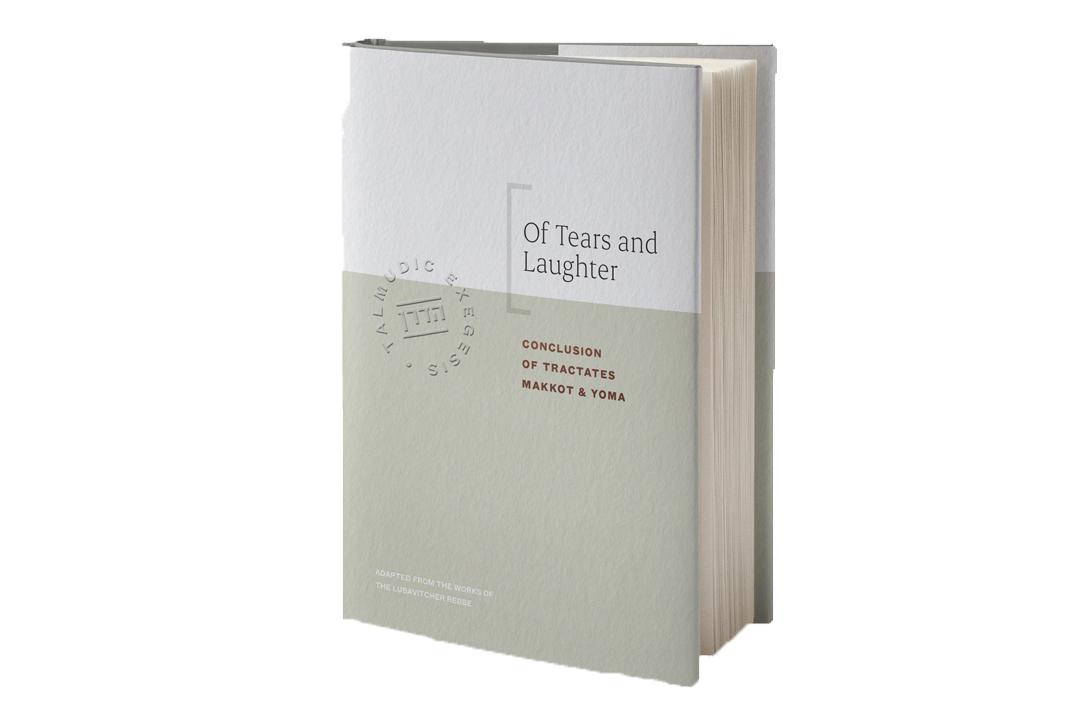 Of Tears and Laughter analyzes a well-known Talmudic anecdote in which Rabbi Akiva and his colleagues pass the site of the Beit HaMikdash and see foxes wandering its ruins. Rabbi Akiva’s colleagues cry, but Akiva laughs. The Rebbe analyzes the difference in their reaction and in doing so, provides us with a powerful way to embrace hope and optimism in the face of tragedy and loss.

One of the delights of reading these two books side by side was that they revealed how Rabbi Levi Yitzchak’s teaching influenced the Rebbe’s thought, and how the Rebbe went about elucidating his father’s concise teachings. Rabbi Levi Yitzchak demonstrated that every detail is significant. And his son, the Rebbe, went on to demonstrate that the significant is not esoteric or pedantic. Rather, it points to a profound unity and changes the way we think about G-d, Judaism, and our world.

Unfortunately, the magic and the majesty of these books is marred by the misuse of many words. Often, synonyms are incorporated without regard for their nuance, slowing comprehension and robbing the reader of pleasure. These essays were masterfully crafted; the language deserved better editing.

Still, despite those flaws, these are books that will enlighten you and, more importantly, deeply influence the way you study Torah. It may take effort to read them, but that effort will be well rewarded.