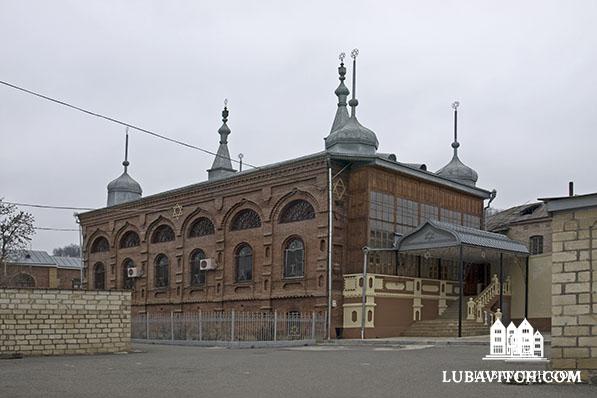 The Grand Synagogue of Krasnaya Sloboda, one of the few that have been restored

Just about thirty miles from the Caspian Seashore, in the northeast of Azerbaijan, lies the only all-Jewish town outside of Israel and Kiryas Joel and New Square in the USA. Krasnaya Sloboda, or Qirmizi Qəsəbə in Azerbaijani was founded in 1742 by Fatah Ali Khan, the Muslim emir of the town of Quba, located on the other side of the river as a haven for the Mountain Jews. 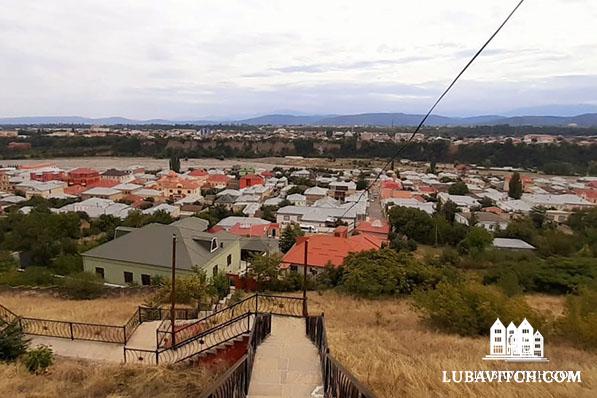 Sometimes known as Gorsky, or Kavkazi Jews, they descended from Persian Jews who have lived in the Caucasus Mountains from as early as the 8th century. Neither Sefardi, nor Ashkenazi, the Mountain Jews clung to their faith with tenacity. Dispersed in the most extremely remote and mountainous areas, they hoped to keep at a safe distance from their inhospitable neighbors. In the 18th century when a period of unrest led to local Sunnis turning on their Jewish countrymen and left a Jewish town burned to the ground, Fatah Ali invited the Jews to settle across the river. Shortly thereafter, the city received official status and named Yevreiskaya Sloboda, or Jewish Town. This was later changed to Krasnaya Sloboda – Red City, perhaps because of the town’s red tiled roofs, or maybe on account of the protected status the city–now within the newly-formed Soviet Union–enjoyed during the Nazi campaign of terror.

But life wasn’t easy under the Soviets either, and by the time communism fell in the early 1990s, most of the city’s 18,000 residents held fast to their traditions, though their Jewish knowledge had waned almost to obscurity.

With their newfound freedom of movement, most residents emigrated to Israel, or into Russia proper. Many seized opportunities in the new world-order and became fantastically wealthy. Nowadays the approximately 1,000 permanent residents of the city are supported by their family members and expats who provide the financial backing to uphold the city’s infrastructure. 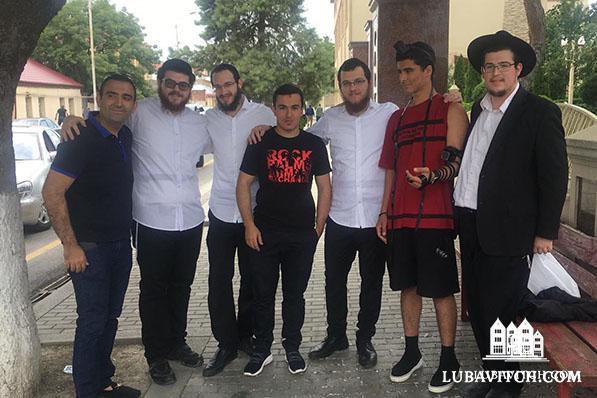 Rabbi Yona Yaakobi, a Chabad Rabbi moved to the area from Kfar Saba in Israel in 2005. Dr. Alexander Murinson, a faculty member at Bahçeşehir International University, and an expert on Caucasian Jewish communities credits Chabad’s investment in the area since 1991, for the transformation of the Jewish identity of the younger generation.

Yaakobi has become fluent in the Jewish-Persian dialect, Juhuri, and has connected to the local youth so that two of the towns 300 derelict synagogues have now become vibrant centers of Jewish education, prayer and Torah study. The town now also boasts a kindergarten and a brand new mikvah.

Perhaps the town’s most notable fixture though, are the three hilltop cemeteries that overlook it. It is these and the Mountain Jews’ devotion to their ancestors that bring thousands to Krasnaya Sloboda each year for Tisha B’Av, when it is customary to visit the graves of their predecessors.

This past summer, five rabbinical students joined the Mountain Jews on their annual pilgrimage. Sent by Lubavitch World Headquarters as part of a twice annual program that dispatches young rabbis to boost Jewish morale in far-flung locales, the boys offered townspeople a chance to study, don tefillin and learn about the heritage by which their ancestors lived.