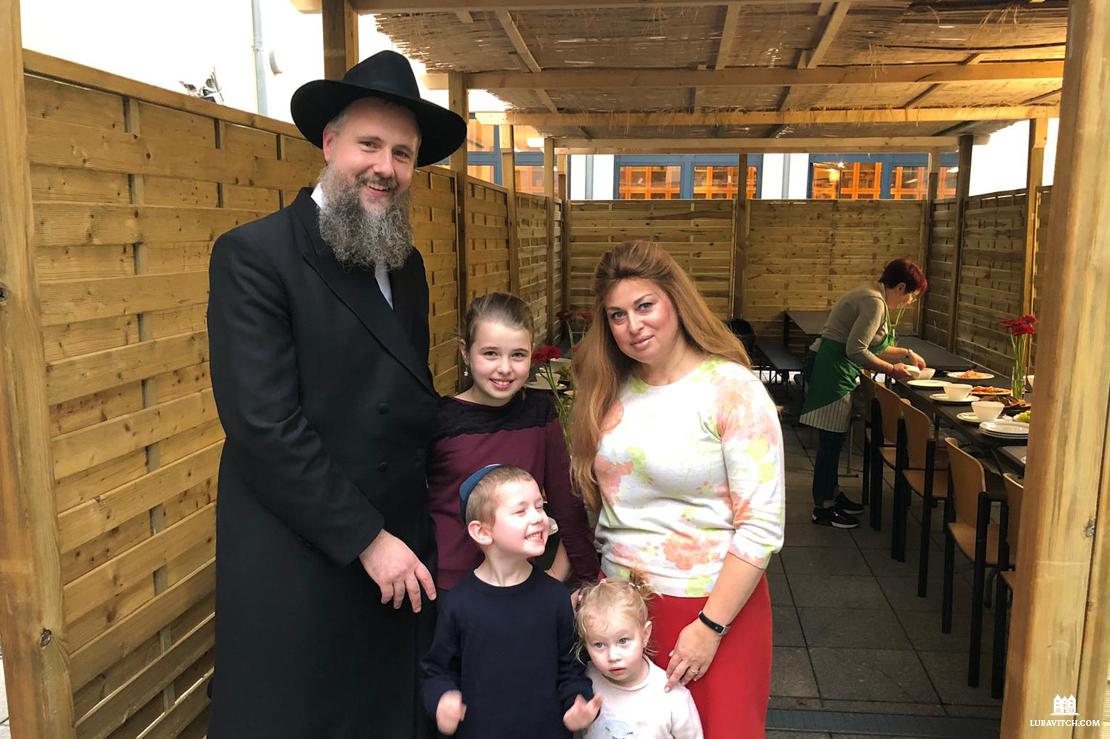 A Searching Teenager Becomes Rabbi to His Hometown

One afternoon in the mid-nineties, an unaffiliated teenager from Krefeld, Germany, signed onto his AOL account to find G-d. He typed the words “rabbi” and “Chabad” into the Instant Messenger tab. As results loaded, he systematically began contacting everyone who popped up with either of those monikers. A couple of clicks later, he befriended Rabbi Yehuda Tiechtel, Chabad’s representative to Berlin, 550 kilometers away. Questions and answers flew from modem to modem and soon a sustained conversation developed. Finally, the young man, his appetite whetted, made his way to study at the Mayanot Yeshiva in Israel.

Today, the once-searching teen still lives in Krefeld. But now Yitzchak Mendel Wagner occupies the other side of the proverbial computer screen. As Germany’s first native-born rabbi since the Holocaust, and the first rabbi in Krefeld in seven decades, he is the one answering questions, and helping the people find G-d.

In the mid-1800s, Napoleon Bonaparte designated Krefeld as the region’s Jewish capital, turning this mid-sized city into a cultural center for five thousand Jewish residents across thirty communities. Though the Jewish population now tops out at a fifth of that, the city has maintained its status. In terms of landmass, this is Germany’s largest Jewish region.

“I visit each of the one thousand community members every year,” said Wagner of his visits through Krefeld and its environs. “I go down the list from A to Z.” Bearing gifts, like a Jewish periodical or a bottle of grape juice, the rabbi wants outliers to realize, “I know that you live far away, but you are important, and we want a connection with you.”

Many elderly and infirm Krefeld residents have had trouble making it to shul even before the pandemic. And Rabbi Wagner has a solution for them too: “If you don’t come to the synagogue, the synagogue will come to you,” he said. The youthful rabbi regularly strolls around the city popping into neighbors’ homes for a visit.

The Wagners live near a high-rise building next to the synagogue which sixty Jewish families call home. Before Chanukah, Wagner and his children start delivering menorahs and cheer on the thirty-fifth floor all the way down to the lobby. They do the same on Purim with mishloach manot—gift packages of food.

Nine times out of ten, said Wagner, non-Jewish strangers react positively to these public expressions of Jewish pride. “It is the tenth person that we are a little worried about.” Particularly, he noted, when something controversial happens in Israel or in the broader Jewish world, “we feel it.” When Israel launched Operation Protective Edge in 2014, and the IDF entered Gaza, the Jewish community of Krefeld faced what Wagner calls “a huge wave of anti-Semitism.”

“We were walking the same walk we had done for years with non-Jewish people greeting us with ‘Shabbat Shalom’ and ‘Shalom.’ But then they watched the news on CNN and the BBC, and they let out all their hate on us.” The antagonism grew so alarming during that summer that the community hired bodyguards to protect the rabbi and his family for six weeks.

But, however scary those occasions of antisemitism might be, Wagner isn’t going to back down. He delivers the same message to his three young children, to his congregants, and to the communities where he lectures around the globe: hiding your Judaism is not the way to fight antisemitism. “No people were more assimilated than the German Jews,” he insisted. “They were more German than the Germans, many even converted out. And look what happened here.”

Today, all the evidence suggests that Wagner’s bold, uncompromising approach is working. After last year’s Yom Kippur attack in Halle, in Eastern Germany, one thousand people marched with the Jewish community of Krefeld, crying “Never again!” The government, it appears, has the community’s back.
And that’s all thanks to the rabbi’s optimistic approach. As for the future, said Wagner, “We will continue to inspire proudly with a Judaism of joy, not a Judaism of oy.”