A (Permanent) Place to Call Home 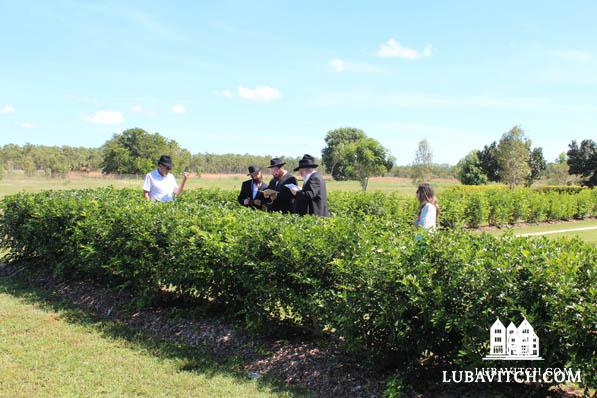 Though it doesn’t have a synagogue or other Jewish infrastructure, Darwin, Australia now boasts one important Jewish edifice: a cemetery.

On his first trip to the waterfront capital, recently, Rabbi Yossi Rodal left a deep impression. Together with nine other men, the city’s first minyan, the community consecrated a new cemetery to serve the surrounding Jewish population. With little in the way of development for thousands of kilometers, Jewish or otherwise, this plot of land will accommodate the few Jews who call these rural lands home.

Far-flung, yes. Abandoned? Not at all. Based in Melbourne, Rodal, and his wife Malki, co-direct Chabad of Rural and Regional Australia (RARA). For the last five years, they have regularly bundled up their two children, and weeks’ worth of supplies, into a campervan. The bright yellow camper is a synagogue, kosher restaurant, office space, library, and temporary home all in one. Together with their crew of rabbinical students, the everything-Jewish-on-wheels-van has traveled 83,000 kilometers to visit 2,000 Jews in the last 18 months alone. When they aren’t there physically, the Rodals study one-on-one with people remotely, provide online learning and Jewish information, and help the community support itself. 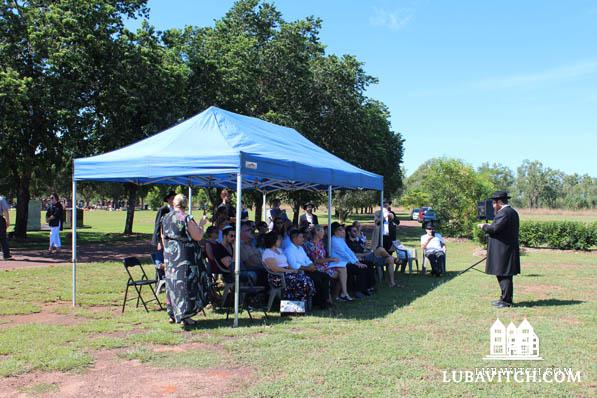 With more crocodiles than Jews, Darwin’s Jewish presence is relatively small. A local American military base and Israeli tourists round out the community and young rabbis visit the city for two weeks around Chanukah and Passover each year.

Until now, Jewish remains from remote Australia were buried in Brisbane, Melbourne, or Sydney. At an exorbitant cost, and great effort, this was often impossible. A Holocaust survivor who made Darwin home after the War wanted desperately to have a proper Jewish burial but when his time came, his children weren’t able to arrange one and he was cremated. His sad ending was the impetus for the final push to establish a cemetery here.

“Obviously, being buried as a Jew is of vital importance for the soul,” explains Rodal, back at his base in Melbourne. “We need to take care of all stages of Jewish life and death. And a community can’t be robust without a kosher cemetery.”

Luckily, local laws require cemeteries to accomodate all denominations. With the assistance of Gaye Schultz and the Litchfield council, two years after mounting a serious campaign, their efforts bore fruit.

After the traditional Kaddish was recited, community members read verses of Psalms in all four corners of the new cemetery. To connect the cemetery’s forty plots with Israel, they sprinkled earth from the Mount of Olives across the field. “For the first time, a Jew in Darwin, or for that matter a Jew from anywhere in the rest of the Northern Territory, can now be buried according to the Jewish law,” Rodal proudly told the attending fifty community members, local mayors and multicultural minister. 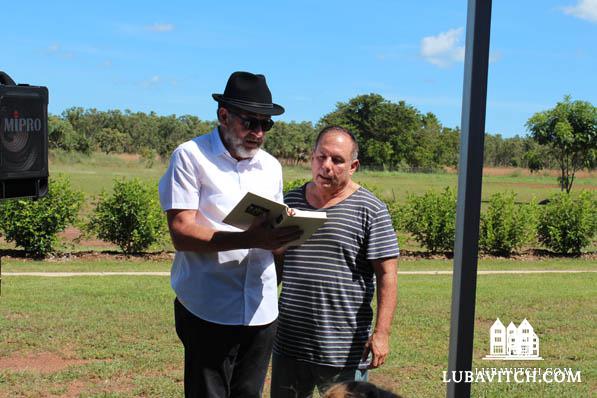 Soon after the ceremony, Rodal took a four and a half hour flight back home. It was a few days before Passover after all, and more remote Jews needed his help. He is back with the living, but still passionate about the after-life.

A 94-year-old woman in Jindabyne, more than 5,500 kilometers from Darwin, is urging Rodal to erect a Jewish cemetery in New South Wales, quickly. “She’s an incredible woman, she was a resistance fighter, and we are in a race to have it ready for her when her time comes,” Rodal explains of his latest underground venture. “She wants to be buried as a Jew.” 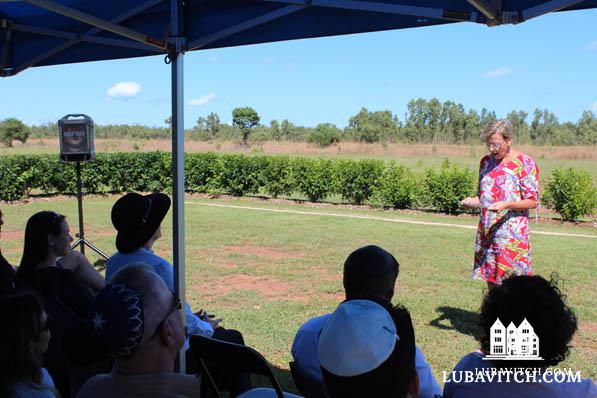