A New Home for Calgary’s Jews 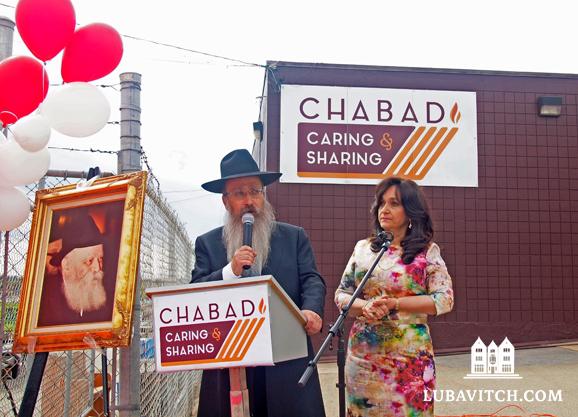 All News
Go to Photo Gallery
By Staff Writer

There were more than enough reasons to encourage a fair share of Calgary’s Jews to come out and celebrate one cloudy day in May: Lag B’Omer, Mother’s Day, and the dedication ceremony for Chabad of Calgary’s new Centre for Jewish Life.

The new, 13,500-square foot Calgary campus—which is more than double the size of Chabad’s previous location—sits on two acres of land and boasts a synagogue, social hall, the Alberta Jewish Library, a youth center, classrooms, office space, and a kosher kitchen. It will also host the local Friendship Circle chapter, as well as Camp Gan Israel children’s day camp.

For Rabbi Menachem Matusof and his wife Rochel Leah, founders and executive directors of Chabad Lubavitch of Alberta since 1986, the new center represents years of hard work—it took a long time to find a building that would suit Chabad’s needs, and then to raise the funds to renovate and furnish it before finally moving in. “The response from generous donors and community members has been unbelievable, and the sheer number of volunteers who came to make it happen was totally unexpected,” Rabbi Matusof says, explaining that much of the progress is thanks to community members who contributed both goods and services.

The Alberta-based Chabad branch, which serves Calgary’s approximately 9,000 Jews, celebrated the milestone on May 14th with a combined ribbon-cutting ceremony and Lag Ba’Omer festival attended by a crowd of over 700. Festivities included a DJ, rock climbing, mini‐golf, petting zoo, bouncy castles, games and cotton candy, as well as Kosher food booths.

Mr. Jason Kenney, a close friend of Chabad and longtime politician, was also among the guests. “Seeing the progress of this facility—from a cement warehouse to a beautiful center—is incredible!”

Located right next to the Chinook shopping mall, one of the biggest shopping centers in Calgary, the Chabad House faces a major thoroughfare, piquing the interest of passersby who notice the Chabad sign.

“We’re highly visible. So many people have noticed our building from Glenmore Trail and we are now much more convenient and accessible for many Jewish families,” notes Rabbi Matusof.

To learn more about Chabad of Calgary, visit www.chabadalberta.org.