A New Building for Chabad in Tokyo 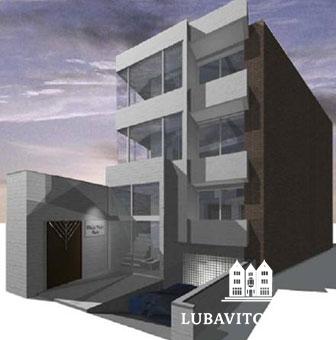 (lubavitch.com/LNS) Chabad-Lubavitch of Japan announced a happy end to its long search for a new building.

“After years of looking, we found a beautiful 400 square meter building that will serve as the Chabad Jewish Center Japan,” said Rabbi Mendi Sudakevitch, Chabad representative with his wife, Chana.

The new center, located in the Takanawa district in the heart of Tokyo, an area rich with and near the popular areas of Roppongi, Azabu-Juban, and Shinagawa, comes with a price tag of $2,500,00.

But as of March March 2008 Chabad has raised $1,257,850, and the Sudakevichs seem confident that the remainder will come in from donors who appreciate the Jewish vibrancy Chabad has brought to Japan in the last seven years.

The Sudakevichs offer locals and businesspeople the benefit of the full offering of Chabad's social, educational and religious programs, including adult education classes, children’s playgroups, Shabbat dinners, social outreach and much more.
With the recent closure of the Orthodox shul in the JCC, and the loss of the mikvah there as well, the announcement comes when the new center is most needed.

"We are obviously building more than just bricks and mortarThe new Chabad Jewish Center for Japan will bring Jewish pride to Japan, as the Jewish life in Japan will move to a new league," says Rabbi Sudakevich.
Contributions to the new Tokyo Chabad center can be made by clicking here.

Related Articles
View All
New Centers
A Homecoming
Rabbi Shmuel and Shterni Freedman arrived with their baby in December, just as the annual Chabad menorah lighting was about to begin. The community turned…
New Centers
New Shluchim to Casa Grande, AZ
Casa Grande, located approximately halfway between Phoenix and Tuscon in Arizona is quickly becoming a city of choice for families and individuals looking for cheaper,…
New Centers
Turning Lament to Laughter
“I will never forget that horrific day,” says Rabbi Friedman. “I’ll never forget when Andy told me his daughter was probably among the fatalities. And…
New Centers
New Shluchim to Tracy, CA
As many people transferred to a work-from-home model during the last year due to COVID restrictions, many, especially those with young children, began to look…
Get Inspiration to your inbox!
Newsletter
Join our weekly newsletter for inspiration and updates
Donate
Find Your Local Chabad Center
Subscribe
|
Log In
Chabad
About Chabad-Lubavitch
About Chabad Lubavitch
The Rebbe
Headquarters
Magazine
Magazine
News
News & Updates
In The Media
Impact
Social and Humanitarian
Social and Humanitarian
Education
Education
Community
Community