A Lone and Destitute Jewish Woman Gets A Jewish Burial

In Massachusetts, rabbis and do-gooders come together to give a Jewish woman a respectful send 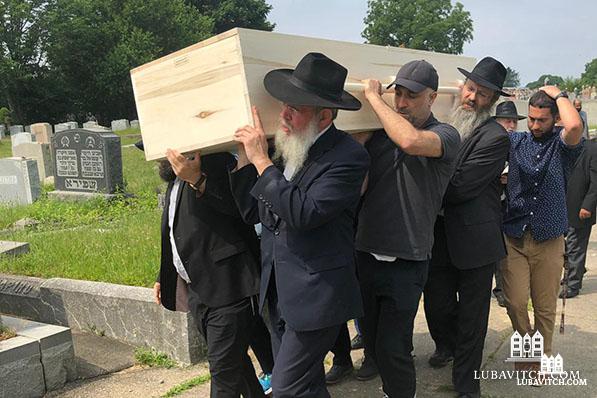 A convivial funeral-home owner, a retired insurance investigator and a Massachusetts rabbi teamed up to bring an abandoned body to Jewish burial this morning. A bevy of volunteers joined the two-week long search that brought this seven-month ordeal to a close.

On November 14, 2018, at the age of sixty-two, Nancie Shapiro died of a heart attack at the MetroWest Medical Center in Framingham, Massachusetts. When no one came to claim her body, the hospital contacted Peter Stefan at the Graham, Putnam & Mahoney Funeral Parlors in Worcester and he agreed to take custody.

“When they have someone who has nobody, they call me because they know I’ll take them,” Peter says in an interview with Lubavitch.com. He says he deals with about sixty abandoned bodies a year. Asked why he does this when so many others won’t he says, “There’s no money in this, but we’re not talking about a bag of potatoes. There has to be a conscience here.”

Until last year, Massachusetts law required a signature from next of kin to authorize a cremation. An act that Peter helped pushed for, passed in July 2018 and allowed a city’s Board of Health to approve cremation for any remains unclaimed after thirty days.

“But Jews aren’t cremated,” Peter says. “And with a name like Shapiro, I was pretty sure she was Jewish.” He hoped a relative would come forward, but “couldn’t find a soul,” so two weeks ago, on June 27, he went to the Framingham Board of Health and got 3-0 approval to cremate Nancie’s remains.

Peter was still not comfortable with doing something that could be against her religion, so when a reporter came to talk to him about the Board of Health’s decision, he enlisted his help in getting the story out. “I hoped that the publicity would shake the tree and some leaves would start falling,” he says.

Rabbi Yakov Lazaros has led Congregation Bais Chabad of Framingham for forty years and has conducted many funerals over that time. When one of his congregants showed him the story in the Metrowest Daily News, Rabbi Yakov wanted to get involved. “Cremation is absolutely forbidden by Jewish law. In the book of Genesis, G-d told Adam that he came from the earth and must return to earth. I wanted to save a Jewish woman from cremation.”

Framingham doesn’t have it’s own chevra kadisha (Jewish burial society) so he reached out to the one in Boston. An official there offered to find a donor for a burial plot and give her a Jewish burial.

But first Rabbi Yakov had to establish that Nancie was indeed Jewish. 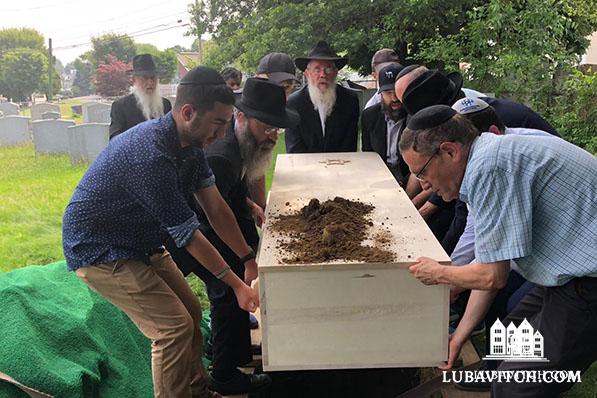 He contacted Peter who promised to use any sway he had to get information and then the rabbi went down to the hospital records department to glean more. Nancie hadn’t indicated a religious preference and had only been admitted as an outpatient, so information was scarce. After hours of research, including a meeting with the hospital’s executive director and a very reticent social worker who had handled Nancie’s case, Lazaros learned that Nancie had a daughter. But as a mental health patient, her information was protected under HIPPA privacy laws.

Meanwhile, Peter discovered that Nancie’s mother was named Sandra Shapiro née Baranski. He called the reporter at the Daily News who’d first reported on the story and asked him to run another article with these new pieces of information. If they could establish that Sandra was Jewish, they would know that Nancie was too, because according to Jewish law, a person’s Jewish identity is passed down through the mother.

Last Thursday, a woman named Patty called Rabbi Yakov. “She was an insurance investigator so she knew how to find people.” Patty had seen the article and was moved by it. She wanted to know how she could help. Her investigations brought her to discover Fred Shapiro, Nancie’s father, and though he had passed away years ago, Patty found contact information for his second wife, Arden and her son.

“I tried calling Arden all Friday until Shabbat was about to begin,” Rabbi Yakov says, but it was to no avail. He tried again on Saturday night after Shabbat was over and this time Arden answered. “She didn’t have anything conclusive, but felt very strongly that Sandra had indeed been Jewish.” Rabbi Yakov asked her to look for any documents that would attest to this. It wasn’t a document, but she gave him a lead when she said that the Shapiro family is buried at the New Montefiore Cemetery on Long Island.

Henry had found a cemetery in Everett, just outside Boston, whose caretaker, Steve Schneider was willing to donate a plot and grave marker for Nancie. Peter offered to pay for a kosher casket, which he had ordered from Providence, Rhode Island with the help of Peter Golov, a Jewish funeral director at Graham, Putnam & Mahoney. He also paid for Jewish burial shrouds that he had brought in from Boston.

The funeral was set for this morning. Now all they needed was a minyan.

When Rabbi Yakov arrived at the Rabbi Isaac Elchonon Cemetery, an hour from his home, he was greeted by Peter Golov, members of the Boston chevra kadisha and eight Chabad rabbis from around the Boston area. “It’s unusual to be able to fulfill the special mitzvah of burying someone who has no one to take care of his or her burial (a mes mitzvah). Everyone wanted to take part in the mitzvah,” Rabbi Yakov says.

Rabbi Yakov shared a few words as members of the small group, who had each taken time out of their day to travel here, carried the casket to the designated plot and laid to rest the remains of a woman unknown to all of them.

“After a life of abuse and suffering, Nancie died alone and destitute, yet her funeral and the lead up to it have been a testament of unconditional kindness.” Rabbi Yakov also asked her forgiveness for not bringing her the respectful interment she deserved sooner.

Peter was relieved to see the story come to a satisfactory conclusion, but he was not surprised. “There are people in the Jewish community that go out of their way for another and when a situation like this arises, they step up to the plate.”

In one more act of kindness, Rabbi Levi Fogelman, of Chabad of nearby Natick, who had been instrumental with Rabbi Yakov in establishing Nancie’s Jewishness, pledged a plaque for Nancie on his center’s remembrance wall. Nancie’s name will be mentioned at the synagogue’s Yizkor memorial service, when congregants will pray for her soul four times every year. 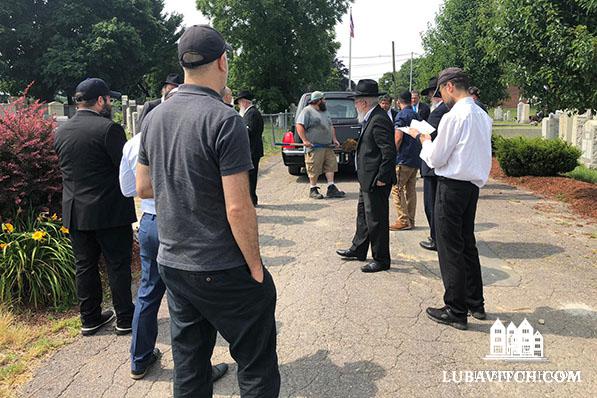 Learn more about the Jewish way in death and burial here.

Related Articles
View All
Made In The Image of G-d
With the number of cremations now surpassing the number of burials in the United States, many rabbis have been moved to take a proactive approach…
Get Inspiration to your inbox!
Newsletter
Join our weekly newsletter for inspiration and updates
Donate
Find Your Local Chabad Center
Subscribe
|
Log In
Chabad
About Chabad-Lubavitch
About Chabad Lubavitch
The Rebbe
Headquarters
Magazine
Magazine
News
News & Updates
In The Media
Impact
Social and Humanitarian
Social and Humanitarian
Education
Education
Community
Community