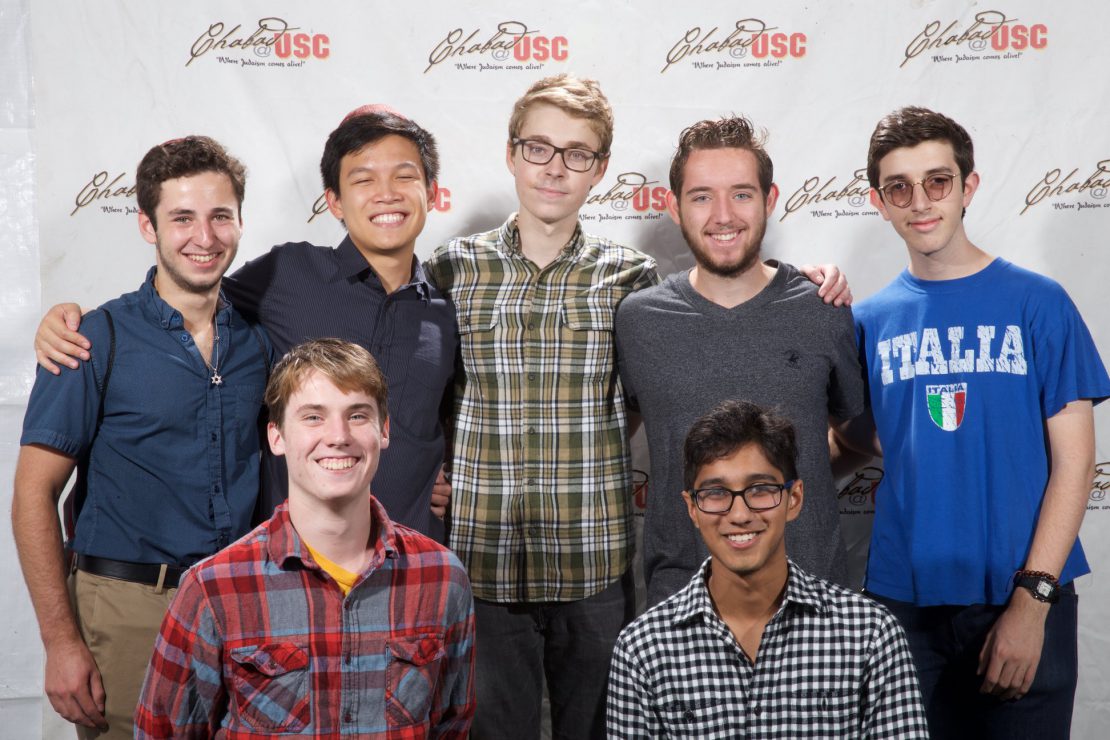 “What do you do when Shabbat 1000 becomes Shabbat 1200, and it’s only Wednesday?” Rabbi Dov Wagner posted on Instagram and tweeted that evening. “After tonight, all signups will no longer get seated at the tables. We will have spare chairs and plenty of food.”

On Friday night, January 31st, more than 1200 Trojans will dine al fresco at the University of Southern California, where the day’s forecast is a balmy 80. The West Coast’s largest annual Shabbat dinner brings together Jewish undergrad and graduate students at this prestigious research university. Four giant tents, set up in the parking lot of Sigma Chi, a neighboring fraternity, will feature 120 round tables and dozens of spare chairs.

It wasn’t always this way. “When we first came, if we had five people, it was a big crowd,” reminisces Runya Wagner of the couple’s early years here at the turn of the century. The Wagners grew their presence on campus and decided in 2007 to host their first mega Shabbat. They aimed for 300, hosted 250, and “thought that was amazing.” It took a few years to hit their initial goal and in recent years, they upped their target to 500. Last year’s Shabbat 1000 turned into dinner for 1100. “In my wildest dreams, I could never have imagined these numbers,” Wagner says.

On any given Shabbat during the semester, the Wagners host approximately 200 diners. Getting the numbers is not the challenge these days, but, admit both Wagners, keeping it personal and intimate is. “We go around to each of the tables and greet each student,” Wagner says. “We celebrate their special days and birthdays and we try to make it all about the people.” Each Friday night, a different student is honored as the “Jewish Trojan of the Week” and is invited to speak for the crowd. Challenges aside, a large turnout is an appeal in and of itself, she says. “Shabbat at Chabad has become the highlight of the week, a destination. Many people have met their best friends around our tables.”

Melanie Holpert is a senior at USC. Originally from Chicago, the double-major in history and communications says she had no plans to seek out Chabad when she first came. After signing up for a sorority in her first week, a new sister invited her to check it out. “Honestly, I wasn’t too excited about it, I didn’t know anyone,” she recalls, “but I put Chabad in Google maps and walked myself over. I haven’t stopped going ever since.

“The Wagners are the most incredible people,” Holpert continues. “They are totally the reason for my having friends at college.” At one point during her sophomore year, Runya created a group text including herself, Holpert and a few of her friends, as well as a new girl who had just transferred. “She told us to ‘be friends!’ Today, we’re all best friends. Runya facilitated many of my friendships and I met many other people around their table.

“I go every single week to Shabbat dinner,” declares Holpert. “And I’m not even religious. It’s just an amazing way to spend Friday night.”

This year, because the Chabad student center is under construction, some of the catering is being outsourced. But on Wednesday evening, the night registration closed in superfluity, Wagner and her team of students poured 150 pounds of flour into mixers and churned out 1,500 challah rolls. From her temporary kitchen in the center’s backyard, Wagner produced massive tureens of soup, giant buckets of salad and enough desserts to shame a bakery.

Each table has a student host who is responsible for inviting nine others. This achieves two goals, says Rabbi Wagner. “Because everyone has a spot with friends, it is not mass chaos.” Also, perhaps more importantly, “the student hosts take pride in inviting their friends. This is their dinner, their efforts, their community. Through this dinner, they are so much more engaged.

Jewish life on campus can be lonely, the rabbi offers. “Many students feel like they are a minority with everyone doing their own thing.” But when they walk into the tent and see the huge crowd, they see they are no longer doing this on their own. It creates an incredible Jewish pride.”

Holpert is hosting four tables this Friday night. “Everyone wants to go!” she declares. “Even at USC, which is a giant school, there is nothing on this scale. It’s insane how exciting and incredibly powerful this is.” 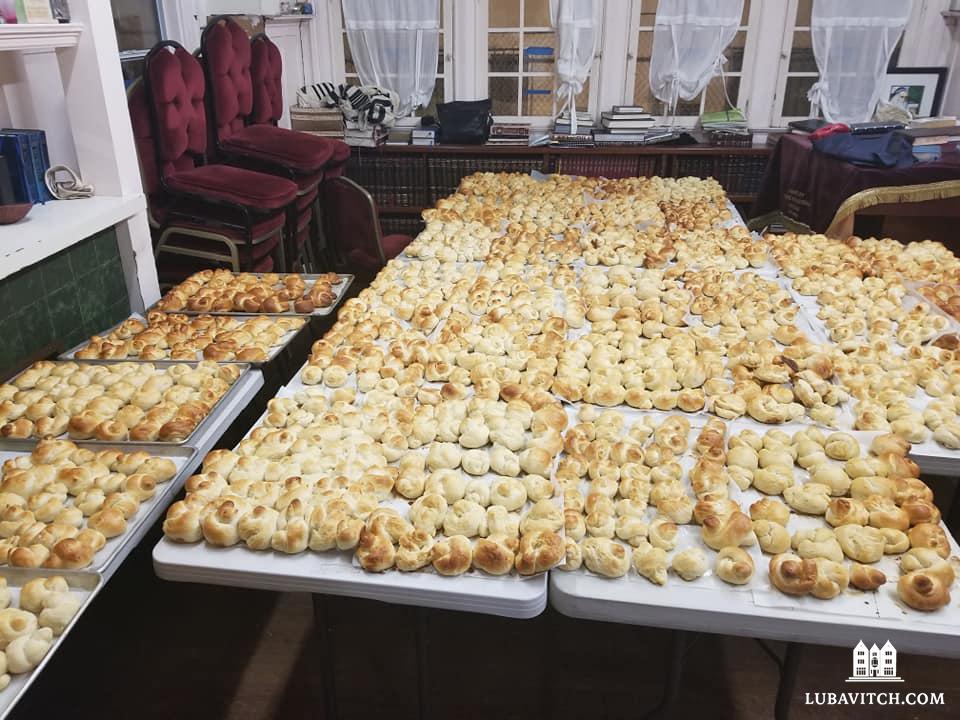 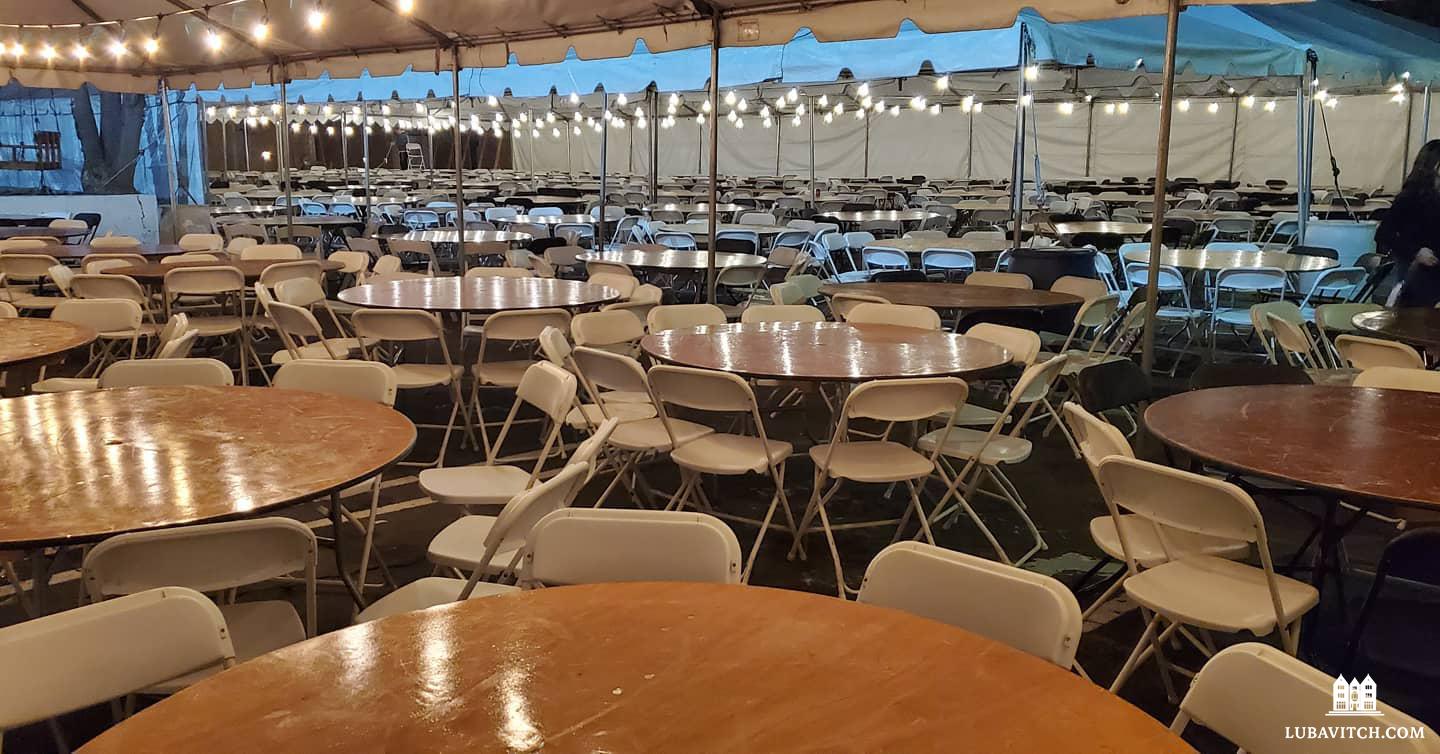