12 Hours in the Heart of the Hood 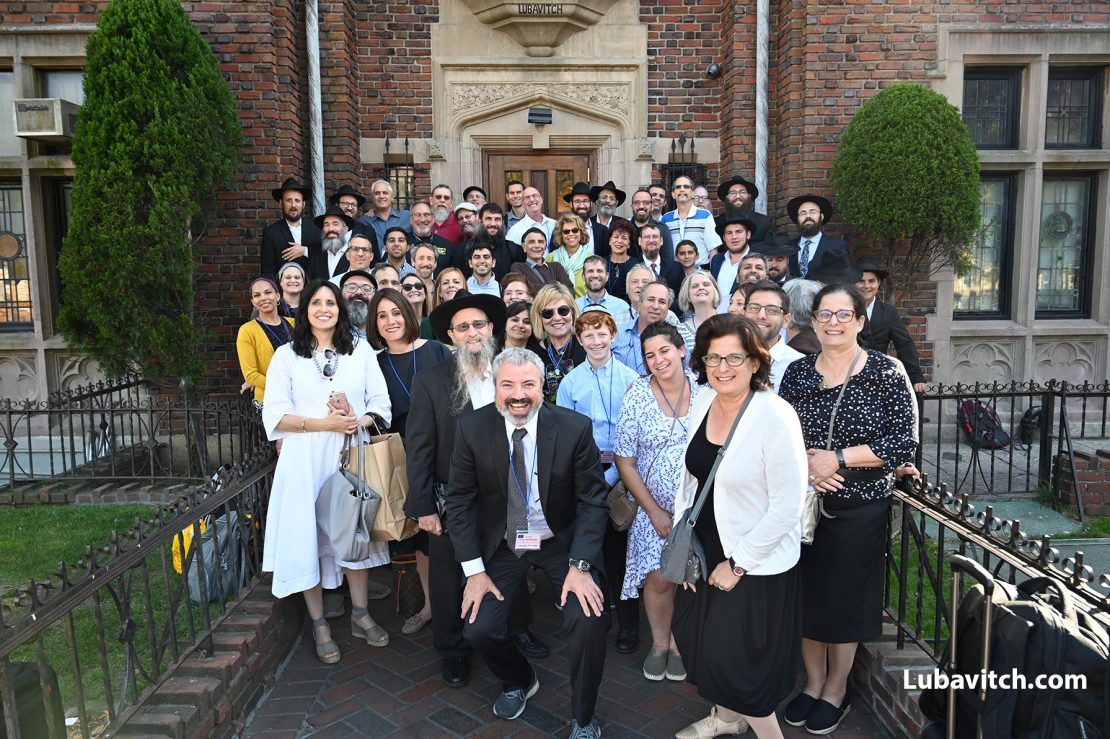 Members of 10 Atlanta Chabad centers met at Hartsfield-Jackson Airport for a six a.m. flight last Wednesday. The 83 travelers, ranging in age from four months to their mid-70s, took off into the sunrise for 12 hours of Soul travel.

“We wanted to bring people to the Ohel, as well as the Rebbe’s house, room and 770, in conjunction with the 25th anniversary of his passing,” shares Rabbi Ari Sollish. “It was an opportunity for people to pray for whatever they need in the coming year,” says Sollish, who directs Atlanta’s Intown Jewish Academy. “Plus it was a chance for some Jewish shopping and fine New York kosher dining.”

At the Ohel, participants prayed at the Rebbe’s grave before joining a Torah writing session, thought to be the only one of its kind in the world. Rabbi Ephraim Silverman, of Chabad of Cobb, and a congregant are on a mission to inscribe a Torah at the exact locations where the stories occurred. The travelling scribe who accompanied them wrote about Avraham’s purchase of the Cave of the Patriarchs in Chevron. On the road to Beit Lechem, at Rachel’s burial place, the section of her passing was transcribed. Other portions of the Torah were likewise written on location across Israel.

In New York, where none of the Torah’s tales took place of course, the scribe penned the portion of Tetzavah, from the book of Exodus. The Rebbe’s last discourse, before he suffered a stroke in 1992, was based on the section’s opening words.

From brunch at the Ohel, the tour trooped to Crown Heights, the soul and source of the contemporary world of Lubavitch, where participants chose from several tailored tracks based on interest. Options included a formal walking tour with Rabbi Yoni Katz, an exploration of a women’s mikvah, stops at significant locations in the Rebbe’s life, and a visit to a private home in the neighborhood.

“OMG, it was an out-of-body experience,” enthuses Liz Helgesen, a voice-over professional in Atlanta. “There is such joy in Crown Heights, it was like being with cousins.” Though Helgesen has been to Brooklyn before, this was her first time in Chassidic Crown Heights. “It felt like the right time to take this power trip in pursuit of meaning and inspiration,” she says of her decision to participate.

“The cohesiveness, the beauty, the familial feeling all came together. This trip helped me put all of the Rebbe’s teachings, and the JLI classes, and the films and wisdom I have experienced over the last 15 years into action,” shares the 55-year-old Helgesen. “I can’t wait to see what will unfold this coming year and how I will turn around and use all this wisdom I have accrued.” 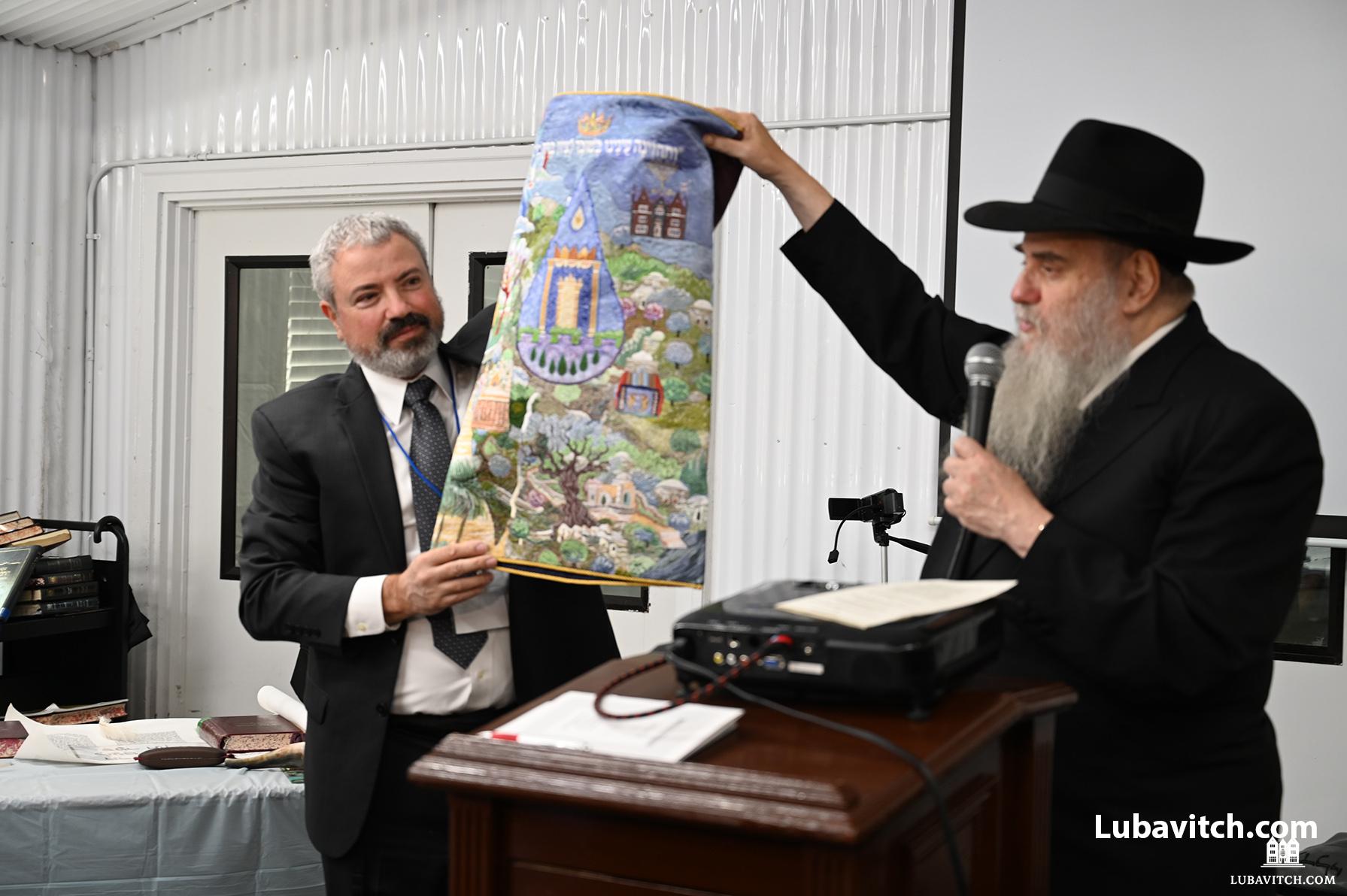 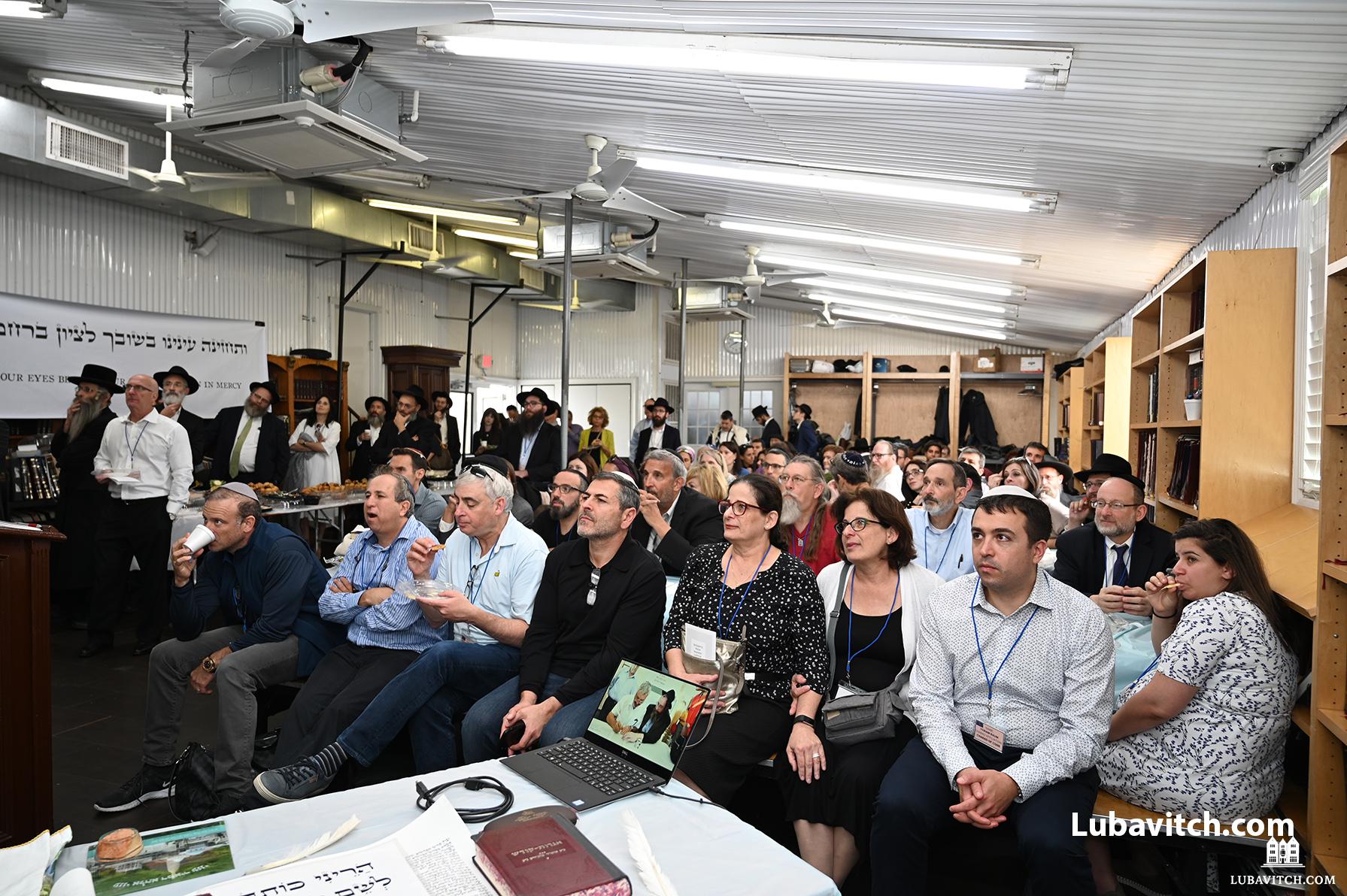 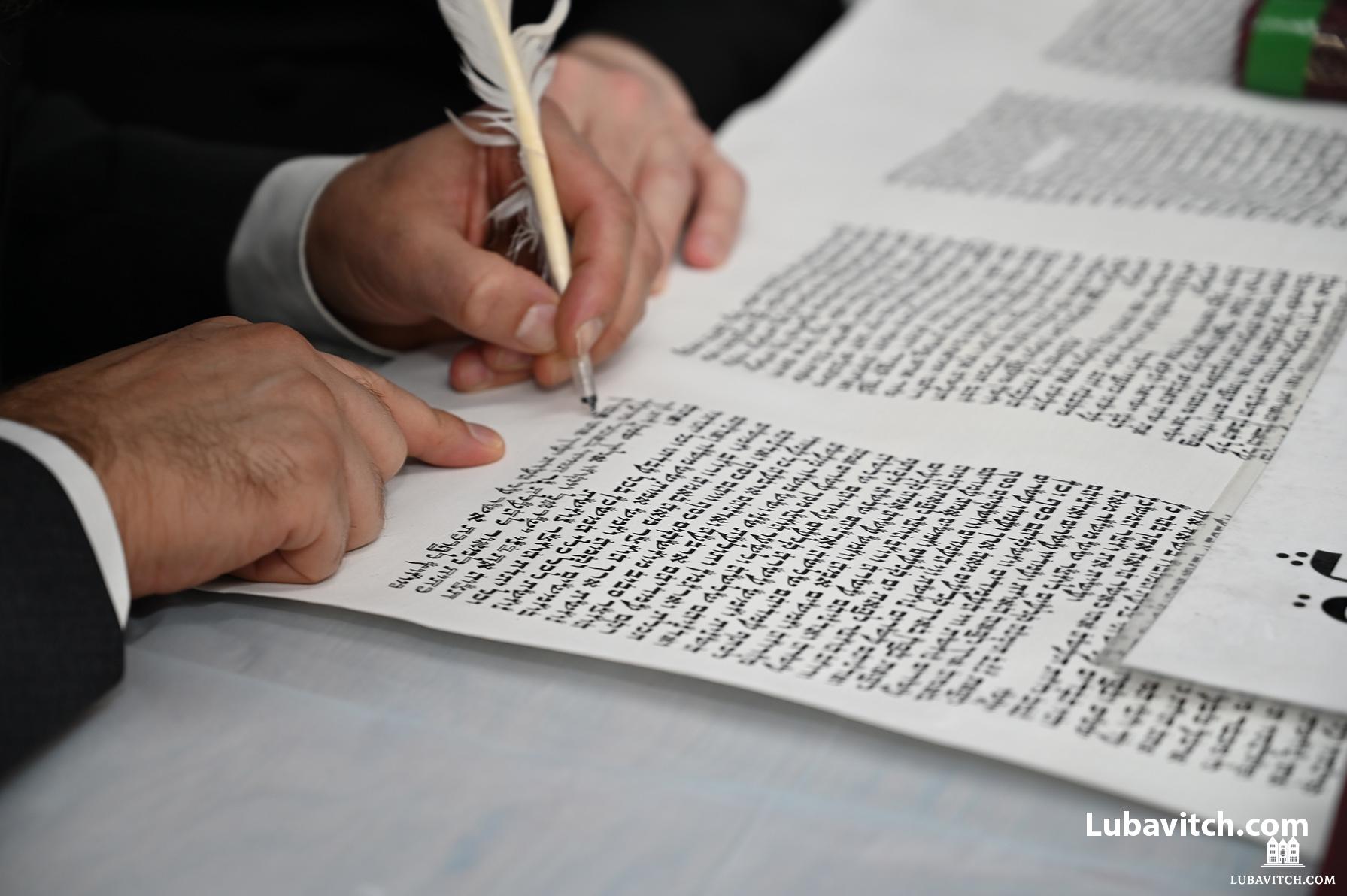 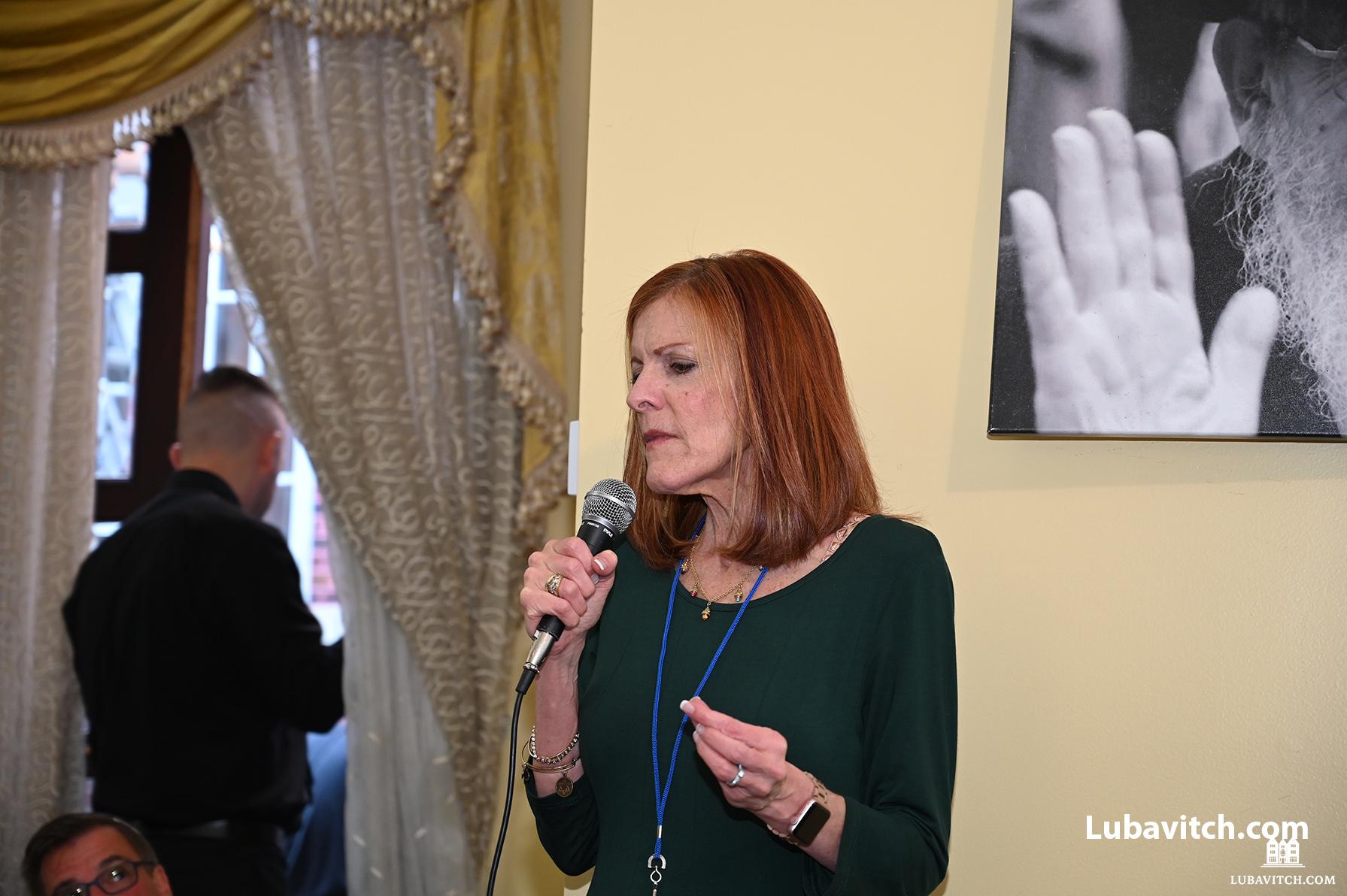 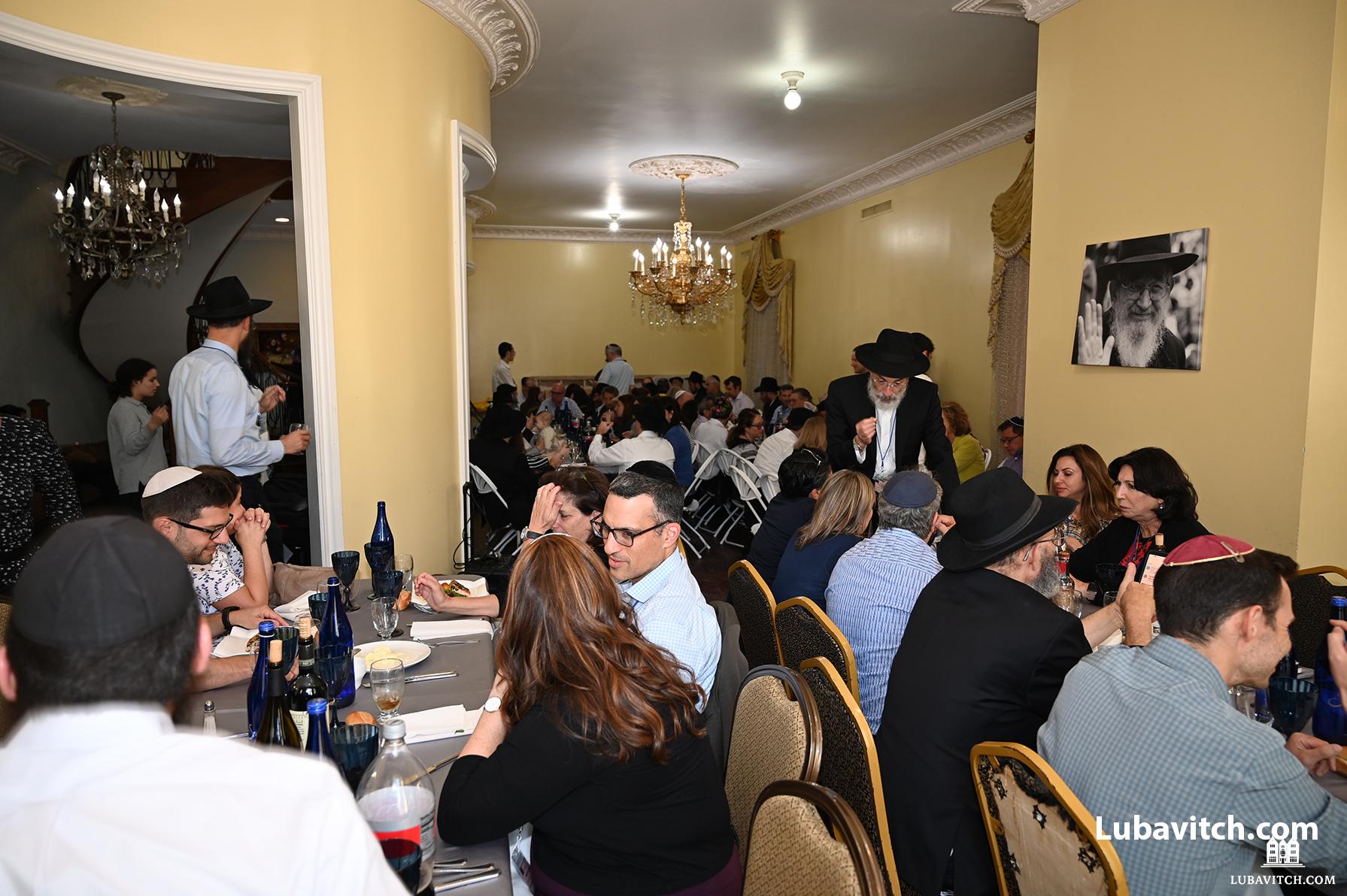