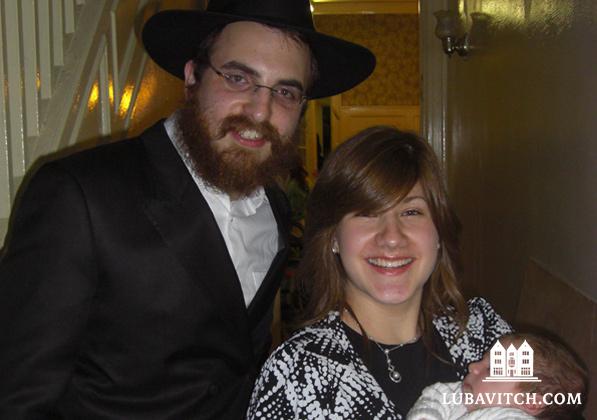 With the arrival Monday, August 17, of Rabbi Moshe and Sara Chanowitz, and their baby boy, this tiny island becomes the fourth location in the region, following Puerto Rico, St. Thomas and the Dominican Republic, to benefit from the placement of permanent Chabad representatives.

“This is a tremendous development,” says Rabbi Mendel Zarchi, representative to Puerto Rico, who directs Chabad activities in the Caribbean.  After being active in St. Maarten for the last eight years through periodic visits, especially around holiday times, Rabbi Zarchi says that the need for a full time Chabad representative on St. Maarten has “taken on a new urgency.”

“There has been a real void here, and there have been requests for a full time Rabbi and Jewish religious and community services,” he says, noting that several local families who wanted to see this happen have been very involved.

The island, all of 37 square miles, part Dutch, part French is the smallest inhabited sea island to be divided between two nations.  Rabbi Chanowitz is considered an ideal candidate for this post, explains Rabbi Zarchi, because in addition to his dynamic energy, he is also multi-lingual, and is comfortable communicating in French and Hebrew, as well as in English.

The Chanowitzes, who led Purim celebrations on the island in March, say they anticipate more than 100 to join them for Rosh Hashana services, and hope that their Shabbat dinners and adult educational classes will draw growing numbers.

They will begin working out of a rented apartment where they will live while they work to create a Jewish infrastructure in a community that, explains Rabbi Chanowitz, has none to date.

A magnetic oasis for tourists, St. Maarten also has a residential Jewish community

with roughly some 200 Jews, as well as many Jewish students studying in the area’s medical schools.

“This is an exciting opportunity because of the diverse character of the community,” says Sara Chanowitz, who plans to implement educational programs for students, families within the community, and among the tourists.

Moshe and Sara are on familiar terrain. The children of Chabad representatives respectively in New York and New Haven, both are eager to embark on their own mission: offering the people of this sun-drenched island a different kind of warmth.